The Inaugural Summit of the Forum of Young Global Leaders opened in Zermatt, Switzerland, on 24 June 2005:

"So far, their discussions have led them to consider the probable state of the world in 2020, part of the 2020 Initiative. In the following days they will consider concrete action as a group and individuals, leadership issues and whether the information age generation has a new mindset to bring to the problems of the world."[1] 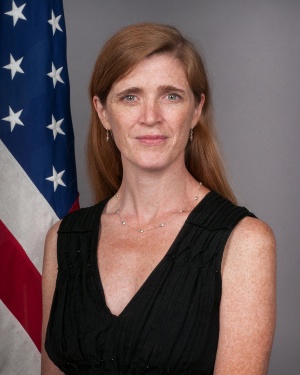 Samantha Power also attended the WEF/Global Leaders for Tomorrow 2003, so she is a reliable hand (some would say CIA)