Together with the Wall Street Journal and New York Times, the Washington Post has a long established position as a guardian of the official narrative.

The Washington Post's choice of what to report and how illustrate their subservience to the US Deep state.

When Bertha Champagne, a long time nanny for the Bush family, was killed in circumstances that are still unclear, it took the Washington Post almost a week to report the story.[1]

The US Deep state chose two Washington Post journalists (Bob Woodward and Carl Bernstein) to carry out the corporate media side of the Watergate coup.

The Washington Post carried an editorial by Stephen Hadley with the headline, “To stop Iran, Obama must enforce red lines with Assad.” Nowhere did it disclose that Hadley is a director with Raytheon, a weapons manufacturer that produces the Tomahawk cruise missiles the US almost certainly would have used had it intervened in Syria. Hadley earns an annual salary of $128,5000 from Raytheon and owns 11,477 shares of Raytheon stock. His holdings were worth $891,189 as of August 23."[2] 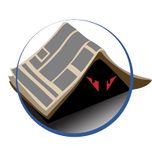 In November 2016, the Washington Post carried an article by one 'Craig Timberg', highlighted the assertions of PropOrNot that 200 websites (including this website) were outlets of "Russian Propaganda".

Also in November 2016, the Washington Post reported on a Norwegian VIPaedophile case, but withdrew their report in 2017.[4] 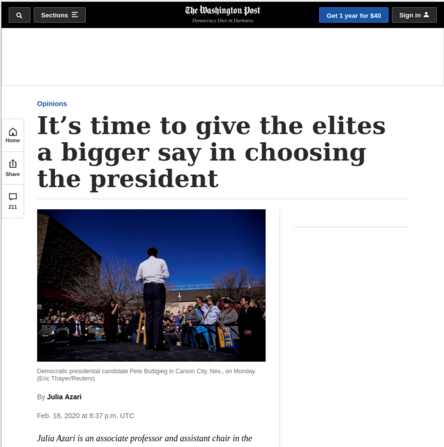 On 19 February 2020 an op-ed by Julia Azari was headlined It’s time to give the elites a bigger say in choosing the president, which had been retitled by the next day It’s time to switch to preference primaries.[5]

"On May 1, 2017, the Washington Post introduced a policy prohibiting its employees from criticizing its advertisers and business partners, and encouraging them to snitch on one another."[6]