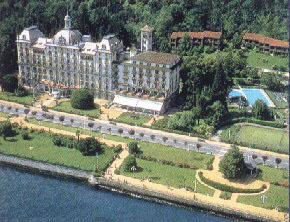 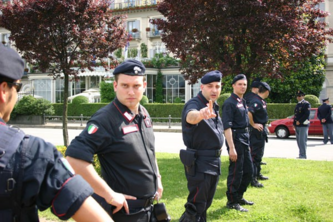 Security at the 2004 Bilderberg

The 2004 Bilderberg Meeting was the 52nd such meeting and had participants from European countries, the United States and Canada. It was held at Stresa, Italy. The Telegraph reported in 2013 that at the 2004 Bilderberg meeting was where the head of BP Lord Browne suggested a merger with Shell to create the world's biggest oil company.[1] The 126 guests included 46 business executives, 27 politicians, 13 financiers, 13 editors/journalists and 9 academics. 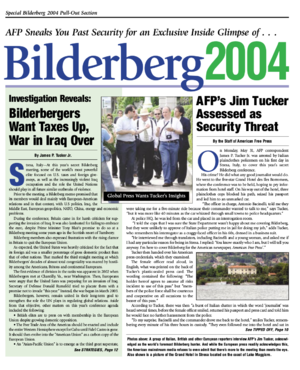 In 2004 the American Free Press published a special pull out section reporting on the Bilderberg.[2] 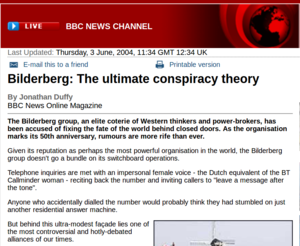 The BBC published a report on the group on 2004 entitled Bilderberg: The ultimate conspiracy theory, which claimed that "an extraordinary conspiracy theory has grown up around the group that alleges the fate of the world is largely decided by Bilderberg". While noting the secrecy that surrounded the group, they stated that "this year Bilderberg has announced a list of attendees", although the report names only "John Browne, US Senator John Edwards, World Bank president James Wolfensohn and Mrs Bill Gates." The report also quoted Tony Gosling's statement that "My main problem is the secrecy. When so many people with so much power get together in one place I think we are owed an explanation of what is going on", and Alasdair Spark, referred to as "an expert in conspiracy theories" who commented that "the idea that a shadowy clique is running the world is nothing new. For hundreds of years people have believed the world is governed by a cabal of Jews".[3]

The 2004 Bilderberg Agenda has not been leaked, but the website at Bilderberg Meetings has posted an agenda.

1. Energy: The Sustainability of Current Trends

2. The Rules of the Game: Towards a 21st Century Concert?

3. The Prospects for Iraq

4. Afghanistan, Including the Implications for Future NATO Operations in the Area

7. The US Political Landscape

8. Is China Changing the World?

10. The Middle East: Is Stability Within Reach?

12. Corporate Fraud: How Lethal is the Cure?