Max Boot is neoconservative journalist and writer who also has been a hired promoter for the agendas of organizations such as the Council on Foreign Relations. He is a member of the international spook group Henry Jackson Society.

Boot was born in Moscow.[1] His parents, both Russian Jews, emigrated from the Soviet Union in 1976 and moved to Los Angeles, where he was raised.[1][2] Boot attended the University of California, Berkeley where he graduated with high honors with a Bachelor of Arts degree in history in 1991 and Yale University with an (MA in Diplomatic History in 1992).[3]. Boot and his family lived in the New York area.[3]

Boot worked as a writer and as an editor for The Christian Science Monitor from 1992 to 1994. He moved to The Wall Street Journal for the next eight years.[4] After writing an investigative column about legal issues called "Rule of Law" for four years, he was promoted to editor of the op-ed page.[5]

Boot left the paper in 2002 to join the Council on Foreign Relations as a Senior Fellow in National Security Studies.[4] His initial writings with the CFR appeared in several publications, including The New York Post, The Times, Financial Times, and International Herald Tribune.[6]

He was contributing editor to the Weekly Standard in the early 2010s.

In September 2012, Boot co-wrote with Brookings Institution senior fellow Michael Doran a New York Times op-ed titled "5 Reasons to Intervene in Syria Now", advocating U.S military force to create a countrywide no-fly zone reminiscent of NATO's role in the Kosovo War. He stated first and second that "American intervention would diminish Iran's influence in the Arab world" and that "a more muscular American policy could keep the conflict from spreading" with "sectarian strife in Lebanon and Iraq". Third, Boot argued that "training and equipping reliable partners within Syria's internal opposition" could help "create a bulwark against extremist groups like Al Qaeda". He concluded that "American leadership on Syria could improve relations with key allies like Turkey and Qatar" as well as "end a terrible human-rights disaster".[7] 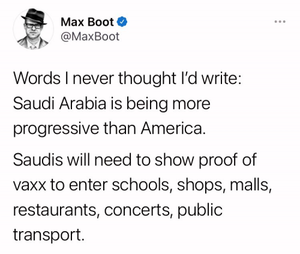 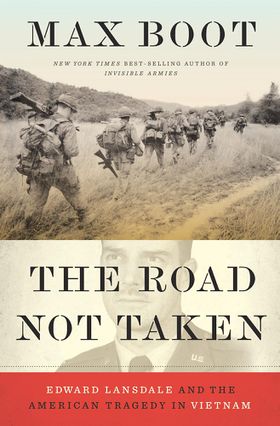