A webpage posted at cve.fbi.gov in February 2016 claimed that "It’s the FBI’s primary responsibility — working with its many partners — to protect the nation from attacks by violent extremists."[1] This replaces their earlier priority (since 2013) of "national security".

"Violent extremism" was introduced after the 7/7 bombings and the use was expanded most notably after the Charlie Hebdo event. In 2013, Wikipedia created a redirect page to "Extremism". In December 2016‎ this was expanded into a full article.[2]

The Quilliam Foundation "has long argued for a tougher line on non-violent extremism".[3] 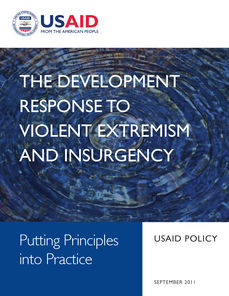 In July 2017, YouTube announced that they would be modifying their website "to provide more resources and more content that can help change minds of people at risk of being radicalized". In practice, this seems to allied to the "war on terror" project.[4] In October 2017, Reuters reported seeing documents that indicated that the U.S. government would be subjecting "homegrown violent extremists" to physical or digital surveillance.[5]