Leaks, especially in the 21st century, are not always what they appear; although there are a lot of real leaks, there are also unofficial announcements, limited hangouts, modified limited hangouts, total fiction and occasionally blackmail material to make an example of the non-cooperative. 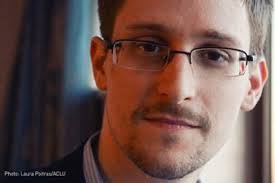 The Edward Snowden Affair lead to the normalisation of universal surveillance. No one is known to have been prosecuted for the illegal surveillance he exposed; indeed, various nation states retroactively legalised it. The fact that commercially-controlled media widely publicised it has lead to suggestions that it was a modified limited hangouts intended to achieve this effect.

This exposed an organ of the UK Deep state which was working to try to promote Russophobia and Cold War 2.0. As of 2022, the source and precise nature of the leak are unclear, although the II/IfS claimed that it contained faked data (though interestingly being non-specific, so possibly just to strengthen plausible deniability if data of great moment surfaced).[citation needed]