After its military defeat, the US deep state invested in Germany. Antony Sutton has documented the assistance provided to Germany by The Money Trust. Sullivan and Cromwell were involved in assisting German companies.[How?][citation needed]

From its early days in Munich (1920-), the Nazi party was quickly identified as a useful bulwark against Communism, Social Democracy and any rapprochement with the USSR. Apart from funding from German high bourgeois circles, the party received funding from international capitalists Henri Deterding (Royal Dutch Shell) and Henry Ford (via Ford Motors's German subsidiary)[citation needed]. 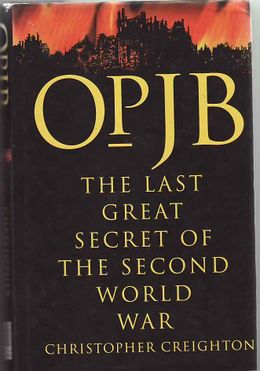 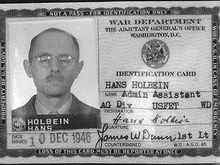 Atlantik-Brücke (translation: "Atlantic Bridge") is a deep state milieu founded in Hamburg in 1952 to "promote German-American understanding and Atlanticism".[1] At the time the Mayor of Hamburg was Max Brauer, whom Józef Retinger consulted before he calling the first Bilderberg meeting, a deep state milieu with an analogous purpose. Brauer attended the first three Bilderberg meetings, and six further meetings.

Deep politician Otto Wolff von Amerongen attended the 1955 March Bilderberg in France, and 45 subsequent meetings, making him the second most frequent Bilderberger of all time. Fritz Berg, president of the Bundesverband der Deutschen Industrie for over 20 years, also attended that meeting and 12 later ones. Senior industrialists[2] and figures from the Nazi party attended early Bilderbergs.[3]

Scott Thompson reported in 1982 that Helmut Schmidt's coalition government was taken down by participants of Le Cercle.[4] While in general a loyal transatlantic politician, Schmidt's willingness to continue Willy Brandt's detente policy and the arrangement of big, long term natural gas deals with the Soviet Union, made him unpopular in hard-line Cold War circles.[citation needed] 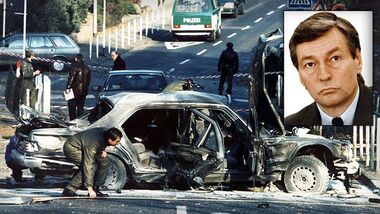 The Germany deep state is an core participant in COVID-19. In January 2020 Christian Drosten published a workflow of a scientifically highly questionable RT-PCR test, which was quickly accepted by the WHO[5], and was used as the basis for the global testing regime[6] used to justify COVID-19 lockdowns. The country imposed harsh lockdown measures. 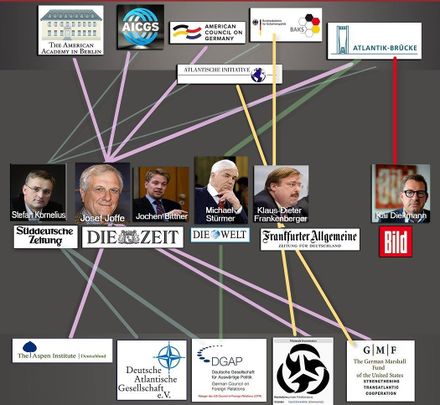 Turkish Foreign Minister Mevlut Cavusoglu stated in 2017 that the German deep state "want to prevent (the creation) of a strong Turkey.”[7]