The 1980s saw the effective end of the Cold War and associated nuclear arms race. It also saw the exposure of Operation Gladio, a NATO backed project which was revealed to have terrorized and murdered civilians in order to subvert the democratic process. Arms expenditures actually increased, as the MICC hyped the threat of international "terrorism". 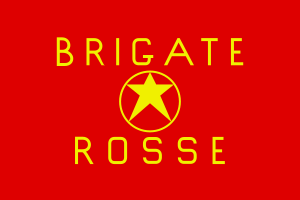 The Red Brigades were charged with a number of acts of "terrorism" in Italy up to 1988. They were at least partly controlled by Operation Gladio.

Operation Gladio killed European civilians throughout the 1980s, with false flag attacks such as the 1980 Bologna massacre. This lead to the exposure of Operation Gladio in Italy.

End of the Soviet Empire

The dissolution of the USSR lead to an end to the cold war. After brief talk of a 'peace dividend', the military industrial complex was to work though the 1990s, promoting the "war on terrorism" narrative prepared at the 1979 Jerusalem Conference on International Terrorism. A 1984 conference in Washington had assisted in the global implementation of this plan.

Chinese students, inspired by the collapse of communist governments in Eastern Europe, tried to wrest control from the old communist leaders, massing in tens of thousands.

After the October Surprise Conspiracy thwarted Jimmy Carter's aspirations for a second term, George H. W. Bush, leader of "the enterprise" became US Vice President in January 1981. He then, as Mark Gorton describeds in Fifty Years of the Deep State, "embarked on a massive criminal romp.”[1]

The 1980s was an important decade for the economic project of privatising public organisations. Ronald Reagan as US President and Margaret Thatcher as UK Prime Minister were important figures in this regard.