The society was little known until historian Antony Sutton publicised it through his book America's Secret Establishment: An Introduction to the Order of Skull & Bones. An anonymous source provided him with an 8 inch stack of documents and membership lists. He reports that 15 final year students are initiated into the society every year, and that its members have a great loyalty to one another. The specific purposes of the society are unclear, but Sutton reports that bonesmen are quite predictable in seeking power.[1]

The quotation "We Will Lead Every Revolution Against Us" (widely attributed to Theodor Herzl) seems quite apposite in the context of skull and bones. Webster Tarpley writes that "William Sloane Coffin, tapped for 1949 Skull and Bones by George Bush and his Bone companions, was from a long line of Skull and Bones Coffins. William Sloane Coffin was famous in the Vietnam War protest days as a leader of the left protest against the war..."[5]

In 1991, the Russell Trust changed the locks to the tomb and kept that year's class out because they allowed women.[6][7] 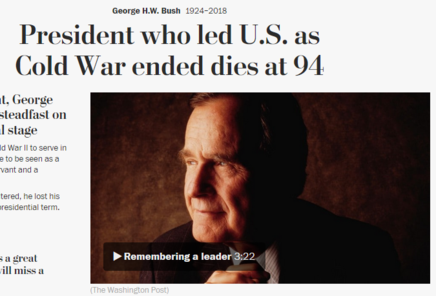 Kevin Flaherty wrote "I think that 322 at Operation Mockingbird Washington Post is them flipping us the bird and saying, “We got away with it. All of it.”"[8]

The Skull and Bones logo includes the number "322", the significance of which has been the subject of much speculation since the society was founded.[9][10] Whatever its original meaning, it has become a secret reference to the group.[11]

Anthony Sutton concluded that Skull and Bones is connected to a German group which is: "Almost certainly Illuminati" (the Bavarian Illuminati).[12] Kris Millegan has made the connection as well.[13]

Geronimo's descendants have sued Skull and Bones claiming that its members stole the remains of the legendary Apache leader.[14][15]

31 of the 43 of the participants already have pages here: