From Wikispooks
(Redirected from SIS)
Jump to navigation Jump to search

Not to be confused with MI5, which has more of a UK focus.

MI6 (formally known as the Secret Intelligence Service, SIS) is a UK intelligence agency charged with foreign intelligence and operations. Its headquarters (right) are at 85 Vauxhall Cross, London, on the South Bank of the river Thames Map.

The group became known publicly in the 1932 book Greek Memories, by MI6 agent Compton Mackenzie, though the book was banned and Mackenzie fined for breaching the Official Secrets Act.[1] Until 1994, the organisation was not officially acknowledged to exist. The official narrative was written in 2010 by Keith Jeffery and launched with help of John Scarlett.[2] Jeffery states that MI6 has a "remarkable level of achievement" and that "I looked very hard for 'bad stuff'.. in the end I found less evidence than perhaps we might have expected, certainly less evidence than I might have expected as the amateur espionage fiction buff that I was."[3] Impressed by documents relating to Operation Embarrass, he appears not to have considered that this revelation might be a limited hangout or to have learnt of the MI6 black budget.

Before it was even officially admitted to exist, on 9 December 1993, the Lord Chancellor, James Mackay remarked that in the post-Cold War era, the UK’s SIS was "not purely an information-gathering service" but also "tasked by Government to carry out other valuable services".[4] Its claims of accountability are undermined by the multi-million pound MI6 black budget, personally operated in the 1940s for off-the-books operations.[5] Its uncritical promotion of narratives such as the "war on terror" indicate that the group remains a tool of the supranational deep state. In December 2016, Alex Younger told journalists that "terrorism" was the most immediate threat to the UK.[6]

Full article: Chief of the SIS

The Chief of the SIS is the only publicly acknowledged position of MI6. Since David Spedding held the position (1994-1999) it has been held for 5 years at a time. The Chief tends to appoint the deputies.

A 2017 story in the Telegraph stated that "MI6 has created its first-ever cinema advert aimed at attracting more women and ethnic minorities into the secret service", and that it "is expected to grow from 2,500 people to close to 3,500 by 2020."[7]

On 19th February 2008 at inquest about the premature death of Lady Diana Spencer, former head of MI6, Sir Richard Dearlove publicly confirmed that MI6 agents may be granted a licence to kill (contradicted by the 2010 Guardian report of the official narrative[3]). Dearlove admitted that, under the UK's Intelligence Services Act, MI6 agents were allowed to conduct illegal activities in the interests of national security, if given the written permission of the UK Foreign Secretary for a "Class Seven authorisation". However, to the clear disbelief of some in the public gallery, Dearlove claimed that this had never happened during his career in the service and that lethal force "played no part in the policy of Her Majesty's government".[8] In April 2009 the former shadow home secretary, David Davis, asked how many such authorisation have been signed in recent years, he was told that the figure was confidential because "it would assist those unfriendly to the UK".[9]

MI6 set up Operation Gladio in conjunction with the US Deep state at the end of WW2.

MI6 worked on Operation Mass Appeal, designed to facilitate public acquiescence about the illegal invasion of Iraq. The principal means whereby this was achieved was the production of a "dodgy dossier" of claims that Iraq had WMD which posed an imminent threat to the UK. 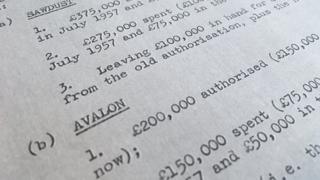 In 2017, a declassified document from the UK national archives revealed that Stewart Menzies had a multi-million pound personal "unofficial reserve" as MI6 chief for almost a decade. He only revealed the slush fund on his retirement in 1952. A significant part of the fund was used for black operations in the Middle East.[14]

On 14 May 1999 a list of 116 MI6 agents, together with supporting commentary, was published on Lyndon LaRouche's now archived "Executive Intelligence Review" site.[15] It was immediately replicated on other sites and in spite of efforts by MI6 to have the information removed, as of February 2014, it remains posted on Cryptome. [16] It has been alleged that Richard Tomlinson was the source of the list, but he has consistently denied this. In The Big Breach he wrote "If MI6 had set out to produce a list that caused me the maximum incrimination, but caused them the minimum damage, they could not have done a better job."

In 1978, Peter Hayman, who held a senior dole in MI6, possibly deputy chief, reportedly left a package of paedophilia-related materials on a London bus.[17]

In 2019 an enquiry heard that an MI6 officer was sacked for child pornography, but prosecutors dropped criminal charges.[18]