The South African Institute for Maritime Research (SAIMR) was a large (5000 members) mercenary group that closely cooperated with the South African defence forces and intelligence agencies. It was responsible for many significant operations, especially in the frontline states in Southern Africa that were sympathetic to the anti-Apartheid resistance.[1]

Apart from assassinations and coups, the most noticeable claim from former members is that it used vaccines to spread HIV or infertility in the black population.

Former member Alexander Jones stated he believed the mercenary group, while working in South Africa, ultimately was being led from UK,[2] which might indicate the large mining interests or other deep politicians. According to Jones, British and French operatives were present at SAIMR meetings, and also US operatives.

A 2019 United Nations review by Mohamed Chande Othman stated: "Given that relevant information in the archives of South Africa has so far not been made available, it is not possible to confirm whether SAIMR existed in 1961 or whether it may have been involved in so-called “Operation Celeste”, the objective of which was said to be to “remove” Hammarskjöld."

Alexander Jones, a part of the unit's leadership, stated in the documentary Cold Case Hammarskjöld that the group intentionally spread AIDS in southern Africa in the 1980s and 1990s. “We were involved in Mozambique, spreading the AIDS virus through medical conditions ... through inoculations.”[3]

At least one SAIMR member that raised concerns about the group’s medical programmes. Dagmar Feil was a marine biologist who was recruited by her boyfriend. In 1990 she was murdered outside her home in Johannesburg; her relatives believe the killing was linked to her work on SAIMR’s AIDS programme.[4] 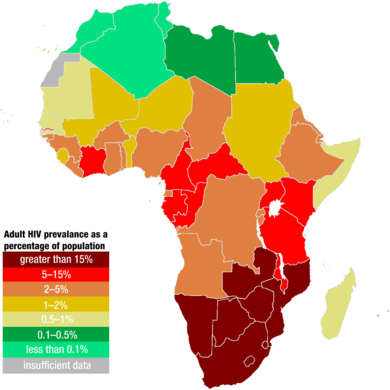 As can be seen on this map, there is a direct correlation between being ruled by Apartheid South Africa or being a frontline state, and severe HIV prevalence.

The group was tied[How?] to the 1990 coup in Somalia that plunged the country into anarchy.[6]

The SAIMR first became publicly known during sessions of the South African Truth and Reconciliation Commission in 1998. The SAIMR militia had up to 5000 members to draw from.

“It was clandestine operations. We were involved in coups, taking over countries for other leaders,” said Alexander Jones, who has detailed his years as an intelligence officer with the group. SAIMR’s leaders described themselves as “anti-communist” to him at the time but the group was underpinned by racism, he said.
“We were trying to retain the white supremacy on the African continent. Anybody that resisted any white form of manipulation on the African continent, SAIMR was prepared to go and quell those for a price,” [7]

South African archives are still closed. The 1990s Truth and Reconciliation Commission deliberately left out the subject of collaboration with foreign states. The 2019 UN review of the Dag Hammarskjöld case stated:

"It has not been possible to conclude whether sabotage may have been a cause of the crash, owing in part to difficulties in obtaining access to relevant documentation in South Africa."[8]

The 2019 UN review conducted an interview with Alexander Jones[9]:

During the interview, Jones stated that he had entered South African military service when he was 16 or 17 years old and had trained in the intelligence service. He felt his service to be an honour, as he had always wanted to be a soldier. At the time of leaving high school around 1989 or 1990, Jones saw an advertisement in the newspaper The Citizen stating that an organization was looking for people for military operations. It was his opinion that there was no future in the South African Defence Force, so he was interested in the advertisement for financial reasons. He and some friends responded to the advertisement and were invited to a meeting that took place in central Johannesburg in the old Carlton Centre, which at that time was a hotel. At the meeting, he was told that the organization was called the South African Institute for Maritime Research, or SAIMR. He noted that it seemed to follow naval traditions (a fact that after joining he said was affirmed, as SAIMR used a satellite naval base linked to the South African Navy at Wemmer Pan in Johannesburg as a base of operations).

Jones stated that at the recruitment meeting, around 1990 in Johannesburg, applicants were introduced to two individuals: Keith Maxwell, who appeared to be in his late 40s or 50s and who was introduced as “the Commodore”, and an unnamed junior person. They displayed “propaganda”, or marketing material about SAIMR, to the potential recruits. This included sets of three big photographs that the applicants were told showed the most successful SAIMR operations, which involved the assassination of a high-ranking person. Neither the operation nor the high-ranking person was further described at that time. Jones understood that the photographs were displayed as propaganda to explain to recruits the ideology of SAIMR as an operational paramilitary organization, with which recruits would get to see action and make money.

When displaying the photographs of the operation, Commodore Maxwell appeared very proud and clearly stated that he was part of that specific operation in which they successfully assassinated the high-ranking official. He stated that it took place in 1960 in the Congo, but Jones did not understand any specific significance or who the official might have been. In one of the photographs, three men were standing by burned out trees. Jones formed the view that it was a very young Maxwell in the photograph, together with a man he later came to know as “Captain Cedars”and a third individual whom he did not know. The second photograph was of trees in the burned forest. The third photograph was what Jones described as clearly being a plane crash showing burned wreckage, in which a propeller was also seen. He stated that this was the only time he saw those photographs.

Jones stated that after the recruitment meeting, he joined SAIMR and was involved in an operational cell called the Delta Unit. Each cell was unaware of the identities of the people in other cells and had different operational functions, including administration and finance. Because of his intelligence training, Jones became a Lieutenant, a junior officer in the organization. Cedars, an American, was the commanding officer of the Delta Unit and was a similar age to Maxwell, in his late 40s or 50s at that time.

Regarding Maxwell, Jones stated that he would wear a Nelson-era British-style naval uniform with epaulettes and a sword. Jones stated that the organisation was pompous and fanatic about English naval traditions. In terms of other senior officials, Jones met on one occasion a “Flag Commodore Wagner”, who at the time was in his late 70s or 80sand who was ranked higher than Maxwell. Maxwell was then a Commodore, but later started referring to himself as Flag Commodore. Of other ranking officials, Jones was also aware of a Lieutenant Commander Pike and a Dalgleish. He was aware of the name Malan, but had only heard of the name.

Jones stated that he never knew who the financiers of SAIMR were, but his perception was that it was being funded externally, as Maxwell never had money himself. He noted that at some of the important meetings, one or two foreigners would join, including French and British (as he ascertained by accents). He was not aware of whether SAIMR was affiliated with other governments.

The logo of SAIMR was known to members and was the same across the organization. It was on all SAIMR papers and insignias. Jones believed that the same logohad been used over time and had not changed.

Jones stated that he left SAIMR in 1993 because his ideology had changed. He wished to make clear that he was a different person to who he was when he joined SAIMR, that it had been difficult to come out and talk about the organization and that he had done so with great personal sacrifice to himself and his family.

There appear to be links between SAIMR and Katanga. For example, the mercenary “Mad” Mike Hoare is referred to in later SAIMR documents from the 1980s. There are allegations that SAIMR also operated as part of, or had links to, South African and/or British special forces and that its personnel included ex-Rhodesian soldiers