Not to be confused with New York State.

New York City is a populous city in the North Eastern United States. 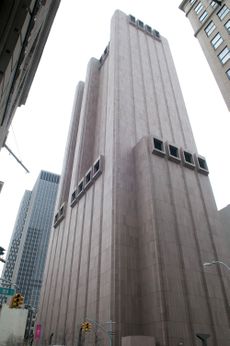 The AT&T Long Lines Building at 33 Thomas Street is a 550-foot (167.5 meter) tall skyscraper used by the NSA to carry out mass surveillance.[2]