The Crown Office and Procurator Fiscal Service (COPFS) is the independent public prosecution service for Scotland, and is a Ministerial Department of the Scottish Government. The department is headed by Her Majesty's Lord Advocate, who under the Scottish legal system is responsible for prosecution, along with the area Procurators Fiscal.

The Service's responsibilities extend to the whole of Scotland, and include:

On 20 December 2014, Lord Advocate Frank Mulholland reaffirmed Abdelbaset al-Megrahi's guilt following an internal review by the Crown Office and Police Scotland of the evidence used to convict him of the 1988 Lockerbie bombing.[1] Mulholland said no Crown Office investigator or prosecutor had ever raised a concern about the evidence used to convict Megrahi. He also pledged to continue tracking down Megrahi's accomplices.

Megrahi's part in the bombing has been called into question in a series of books and documentaries. And a petition seeking Justice for Megrahi, backed by politicians and family members of some victims, remains on the Scottish Parliament's books two years after his death. Supporters of Megrahi, who was said by the FBI to have been a Libyan intelligence officer, have claimed that Scottish prosecutors ignored evidence that the bomb was put on board the flight at Heathrow rather than in Malta. They have also alleged Libya was "framed" over the bombing, and that a fragment of the bomb's timer was either planted or manipulated to implicate Libya.

But speaking as he travelled to Washington to attend a memorial service at Arlington cemetery in Washington on 21 December 2014 (the 26th anniversary of the Lockerbie bombing), Frank Mulholland said his ongoing investigation into the bombing was focused on the evidence, and not on "speculation and supposition".[2]

The history of the Lord Advocate, and the resulting department of the Crown Office, is somewhat obscure. There are references on record to a King's procurator-fiscal in 1434 and 1457, and a Queen's advocate in 1462. An office of King's advocate dates from 1478 but between 1478 and 1494 there are references to "advocates" (unnamed) and it is only from 1494 that one can be sure that there was a single King's advocate as the normal representative of the King in treason trials and in civil litigation. The office thus dates back to Medieval times, with the earliest Lord Advocate being John Ross of Montgrenan whom the King appointed as his Commissioner at a hearing in Stirling in 1476, then as procurator for another case in Edinburgh in the following year.[3]

The history of the Procurator Fiscal is similarly difficult to set down with exactness, though the role has developed significantly over time. The first document reference appears in the Records of the Scottish Parliament for 22 August 1584, naming several Procurators Fiscal in Edinburgh. The Fiscal was an officer appointed by, and accountable to, the Sheriff, who by the 18th Century was responsible for most prosecutions in local areas. By the nineteenth century Advocates Depute were first appointed, to assist him in conducting cases in the High Court of Justiciary and the Crown Office was first established. This became the centre of the prosecution system, and it was to the Lord Advocate now to whom the Procurators Fiscal were responsible, evidenced by the "Book of Regulations" issued by him to Procurators Fiscal providing instructions about how to conduct their business.[4] The Book of Regulations is still used today in providing the framework for local prosecution in Scotland.[5]

The Lord Advocate and Solicitor General 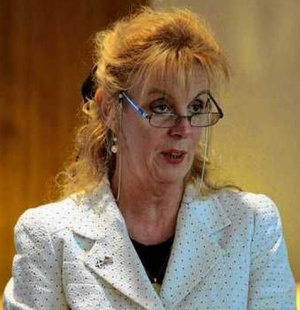 As well as departmental management responsibility, the Lord Advocate is directly responsible for prosecuting the most serious crimes, in the High Court of Justiciary at first instance and the Court of Criminal Appeal.[6] Unless the cases are of especial importance, such as the Lockerbie trial held at Camp Zeist in the Netherlands, the prosecutions are normally (but not always) led by Advocates Depute who are known collectively as Crown Counsel and are experienced members of the Faculty of Advocates normally appointed for a limited period of three years. Their decision to prosecute in this way is taken in the light of the Procurator Fiscal's recommendations and a report prepared by the police, and any such reports are subject to the direction of the Lord Advocate.[7] This prosecutorial role cannot be removed from the Lord Advocate by the Scottish Parliament.

The Crown Agent is the principal legal adviser to the Lord Advocate on prosecution matters. He also acts as Chief Executive for the Department. He acts as solicitor in all legal proceedings in which the Lord Advocate appears as representing his or her own department. He issues general instructions from and on behalf of the Lord Advocate for the guidance of Crown Counsel, Procurators Fiscal, Sheriff clerks and other public officials, transmits instructions from Crown counsel to Procurators Fiscal about prosecutions, and, subject to the direction of the Principal Clerk of Justiciary, arranges sittings of the High Court of Justiciary. At trials in the High Court in Edinburgh, the Crown Agent attends as instructing solicitor.

For the majority of crimes in Scotland a Procurator Fiscal or Fiscal Depute presents the case for the prosecution in the Sheriff Court and Justice of the Peace Courts, and the case for the defence is presented either by the accused's own solicitor or by one from the Public Defence Solicitors' Office, a part of the Scottish Legal Aid Board.

Procurators Fiscal make preliminary investigations into criminal cases, take written statements from witnesses (known as Precognition) and are responsible for the investigation and prosecution of crime. This includes the power to direct the police in their investigation, but except for serious crimes such as murder the police normally complete their enquiries before involving the Procurator Fiscal.[11][12][13] Once someone has been charged with an offence and remanded in custody, the Crown must bring the case to trial within 110 days or the accused will be admitted to bail. Otherwise, in serious cases (known as solemn procedure with a jury as opposed to summary procedure without) the trial must commence within 12 months of the date of first appearance in court.[14]

Procurators Fiscal work in the local Sheriffdom and most of the Fiscal offices in Scotland are either in or near the Sheriff Court. The Procurator Fiscal is also responsible for the investigation of all sudden, suspicious and unexplained deaths in Scotland. This includes the decision to call a Fatal Accident Inquiry. He or she is also responsible for the independent investigation of criminal police complaints made in that Sheriffdom (administrative complaints are handled by the Police Complaints Commissioner for Scotland). 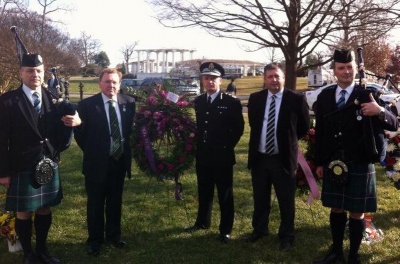 The law in Scotland does not say that a crime must be prosecuted and the public prosecutors have considerable discretion over what action to take. They can chose the level at which to prosecute (either through solemn or summary procedure) with the accused having no right to choose a jury trial or for a victim to decide whether or not to press charges, as the decision on whether to try and by which method belongs to the prosecutor as "Master of the Instance".[15][16] Until 1987, however, their discretion only extended to the degree to which they should prosecute, if at all; there were no alternatives to prosecution. The Criminal Justice (Scotland) Act 1987 gave Procurators Fiscal the power to offer fixed penalties instead of prosecution (a fiscal fine), at the time limited to a maximum of £25 and subsequently increased to £300.[17][18][19] Since then these options have expanded to giving a warning, fiscal fines, compensation orders, work orders, road traffic fixed penalties or diversion from prosecution into social work, psychological counselling or psychiatric treatment.[20]

"Why aren't you prosecuting Pik Botha, Craig Williamson and Eeben Barlow for the Lockerbie bombing?"[21]

COPFS is organised into three geographic Federations led by Procurators Fiscal for the North, East and West of Scotland. Within the Federations, there is a network of 48 Procurator Fiscal offices, one for each Sheriff Court district.[22]

Victim Information and Advice Service (VIA) is a dedicated and specialised victim information and advice service within COPFS. VIA was created to provide information to victims, bereaved next of kin and keeping them informed about the progress of a case. It also has a duty to advise on and facilitate referral to other agencies for specialist support and counselling as required.[23] VIA works closely with other statutory agencies, such as the Police and the Courts and with voluntary organisations, such as Court Witness Service, Women's Aid and Victim Support, and is a unique service in the Scottish criminal justice system.

This page imported content from Wikipedia on 09 October 2013.
Wikipedia is not affiliated with Wikispooks.   Original page source here
Retrieved from "https://wikispooks.com/w/index.php?title=Crown_Office_and_Procurator_Fiscal_Service&oldid=74497"
Category: