Michael T. Hurley is a Drug Enforcement Administration operative fingered by Les Coleman in the 1993 Trail of the Octopus for active involvement in the Lockerbie bombing. His threat of a libel action caused Allan Francovich's The Maltese Double Cross - Lockerbie to be withdrawn at the last minute from the 1994 London Film Festival.

In 2003, he wrote I Solemnly Swear: Conmen, DEA, the Media and Pan Am 103 together with Kenton V. Smith in response to Les Coleman's Trail of the Octopus to try to counter these allegations. This has received sharply polarised reviews on Amazon.[2]

In 2014, again together with Kenton V. Smith he published OFFBEAT: With Oxnard's Finest. The preface concludes "We were all Americans which meant more to us than life itself."[3] 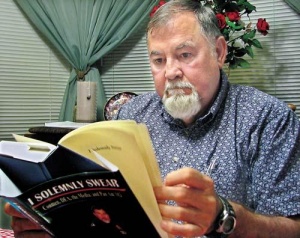