From Wikispooks
(Redirected from African)
Jump to navigation Jump to search 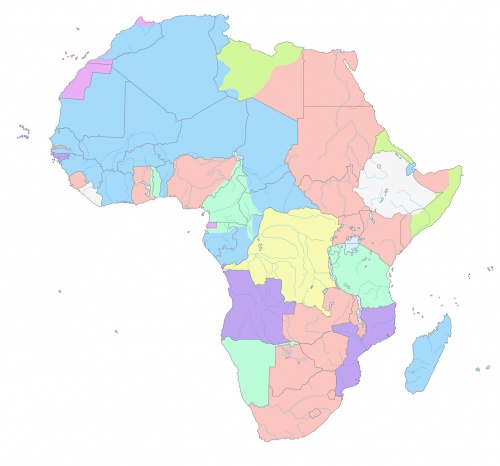 Almost all of Africa was colonised by European powers, especially Britain and France. Modern Ethiopia is an exception. "European powers worked hard to keep knowledge of its crimes in Africa away from public scrutiny."[1]

Nominal independence was granted to the former colonies throughout the 20th century.

Africa has undergone a boom in land grabbing as foreign investors sought assets likely to be unaffected by, or even to benefit from the global economic events after 2008.

ISIS has operated in Africa.

China has taken an interest.

Of the The US military has a "quiet but ever-expanding presence on the continent", which has been termed a "shadow war".[2]