The "Official Narrative" is the cover story of "the powers that be". On Wikispooks this mean the story intended for citizens of the so-called 'Western Democracies'. This could be the truth, but the term is usually used for cases in which it is a veil over something more sinister.

The Official narrative of an event is the story told about it by the establishment. In Japanese the term is tatemae, the "official reality".[1]

The official narrative about official narratives is that this is while not necessarily the whole truth, certainly a large part of it and are mistakes are due to accidental oversight or lack of evidence rather than deliberate mendacity. While other narratives are inevitably tainted by the suspicion of self-interest, the authorities are deemed creditworthy - in the establishment's view - by their 'official' nature (and imputed track record of reliability). Wikipedia, as of August 2019, although it had multiple usages of the phrase, had no page on it, reflecting its tendency to confuse official stories with truths.[2]

Official narratives are sometimes changed at short notice, and sometimes demonstrably at odds with the facts. For example, the 9/11 Commission report that states that nobody heard explosions in the World Trade Center, ignoring the testimony of dozens of witnesses such as the late Barry Jennings. They are very often inconsistent and/or incomplete (the Commission's first report completely failed to mention WTC7).

Official narratives often lack explicative power and often take a 'lowest common denominator' approach - i.e. By trivializing complex issues they fail to respect the subtleties of the matter at hand. (Who did 9/11?.. "Al-Qaeda, the evil doers". Why?... "Because they hate us." Why?... "Because we're free.") Their lack of subtlety and explicative power means that they increasingly end up as self-referencing faits accomplis, which could be instantly unmasked by a population of critical thinkers. This explains the importance of the commercially-controlled media to the modern deep state.

For a few special topics, official narratives are of such central importance and/or so lacking in credibility that they are buttressed by national law. An outstanding example is provided by The Holocaust; in much of Western Europe, expansive claims of "free speech" notwithstanding, the establishment imprisons those who question this official narrative, terming them "Holocaust Deniers" not for denying but merely questioning the historical record. The Thai constitution states that "No person shall expose the king [of Thailand] to any sort of accusation or action". 478 people were charged there in 2010 with this crime, termed "Lèse majesté".[3]

By the usual definition (the recorded verdict of the "official" establishment body) the assassination of Martin Luther King has been, after the 1999 successful civil trial by William Pepper, in which a jury unanimously decided that Loyd Jowers conspired with unnamed (US) "governmental agencies" to kill King, demonstrably at odds with the idea of authorities as benevolent and reliable. For this reason, the trial was subject to a partial[4] news blackout by the commercially-controlled media. Wikipedia steadfastly refuses to follow its own policy on this point - preferring instead a set of unsubstantiated allegations that the legal process was "corrupted".[5]

Especially since 9/11, increasingly organised crowd-sourced efforts (such as this website) are scrutinising official narratives and are successful in undermining their credibility. One ongoing response to such beviour is to attempt to suppress it through casting aspersions about those who carry out such analysis (e.g. labelling as "Conspiracy theorists") another is to ramp up censorship, refusing FOIA Requests and issue less and less by way of official explanations, citing "national security" concerns as an excuse for a culture of secrecy.

Official opposition narratives are establishment approved stories that run counter the official narrative in an approved fashion. Their main purpose is to frame a range of establishment acceptable opinion, allowing for vigorous debate in corporate media. This provides the appearance of real debate even while controlling the outcome -- in a similar way to that in which party politics provides a front to conceal the deep politics.

Many Wikispooks pages begin with an Official Narrative section. This reflects not a high degree of credibility in the official narrative, but rather the fact that:

The opposite to an "official narrative is termed by Wikipedia a "fringe theory", an idea too at odds with the official narrative to be worth contemplating. Wikipedia uses this label as an excuse for censorship. For example, the evidence that nanothermite explosives brought down the World Trade Center, although published in a peer reviewed scientific journal - by Wikipedia's own policy, a strong indication of reliability - is apparently invalidated by addition of the "fringe theory" label.

Fabrication by The Establishment

“There is an Establishment history, an official history, which dominates history textbooks, trade publishing, the media and library shelves. The official line always assumes that events such as wars, revolutions, scandals, assassinations, are more or less random unconnected events. By definition events can NEVER be the result of a conspiracy, they can never result from premeditated planned group action. An excellent example is the Kennedy assassination when, within 9 hours of the Dallas tragedy, TV networks announced the shooting was NOT a conspiracy, regardless of the fact that a negative proposition can never be proven, and that the investigation had barely begun. Woe betide any book or author that falls outside the official guidelines. Foundation support is not there. Publishers get cold feet. Distribution is hit and miss, or non-existent.”
Anthony Sutton (2002)  [7]

The spinning of official narratives by the establishment is a routine activity. This process is often the (completely sincere) routine work from officials who prepare press releases or public statements, later edited or soundbyted by those who control big media for their own purposes. Conscious deception is surely involved in some cases, but creating official narratives is not necessarily indicative of venality; the majority are probably handled routinely by employees who have this responsibility precisely because their perspectives are sufficiently limited by the regulating group mind that they can be relied upon to create establishment friendly interpretations.

For particularly dramatic deep events such as the 9/11 attacks or the JFK Assassination sometimes one or more "official" investigations are carried out ostensibly to uncover the truth, but in practice more to diffuse discontent and public suspicion and to actually cover up the truth by working out a solid enough alternative version of events, one from which establishment wrongoing has been expurgated and so can be safely promulgated by the commercially-controlled media.

Censorship may indicate a duplicitous official narrative. For example, after it was shown on TV on September 11th, 2001, the collapse of WTC7 - in stark contrast to WTC1 & WTC2 - was not broadcast on commercially-controlled media for several years. Where no plausible official narrative can be concocted, this is generally preferred - so where censorship is evident, this may suggest malfeasance.

Another, albeit perhaps rare, motive for censorship is that an official narrative poses a clear challenge to the establishment. The best example of this is the 1999 verdict that the US government was involved in a conspiracy to assassinate MLK. Dramatic underreporting of this event by the commercially-controlled media has meant that most US citizens are still completely unaware of this fact.

Parallel construction is sometimes employed in creating official narratives. One of the standard applications of this is the Lost and Found ID pattern, in which a trail of identity documents quickly allows law-enforcement to identify suspects.

The faster an official narrative can be announced, the less time for reflection about what might have happened and why. The speed of concoction of the official narratives is sometimes revealingly fast. On September 11th, 2001, after a supposed surprise arrack and a series of unprecedented structural collapses the former was being attributed to Al Qaeda and tge latter to fire[8] within a matter of hours. Timing can even defy logic - some media the BBC and Fox News notably announced the WTC7 collapse before it actually happened. 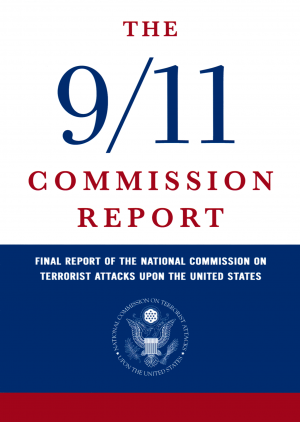 +
Has image2
File:911report_cover_HIGHRES.png +
Has noRatings
1 +
Has objectClass
Concept +
Has objectClass2
Concept +
Has revisionSize
12,784 +
Has revisionUser
Robin +
Has wikipediaPage
http://* +
Has wikipediaPage2
+
Is not stub
true +
Has subobject"Has subobject" is a predefined property representing a container construct and is provided by Semantic MediaWiki.
Official narrative +