Explaining patriotism, the BBC published in 2014 that:

To love so indiscriminately is to love not at all, so instead we invest the idea of sovereignty - which in turn, is sort of idealisation of the national will - in an individual. In Britain this individual is the Queen - or rather, it is an idealisation of who she is, decoupled from the living, breathing, perspiring and micturating reality. This Queen is unfailingly wise, calm, pacific - a true mother of the nation. And if her government happens to do things that are at variance with her goodliness, that is only because their power is contingent upon an evanescent electoral mandate, while her shadow-power-play is founded upon time-out-of-mind heredity - and at least residually, upon the Lord's will. Naturally, patriotic Britons are reluctant to admit to all of this, preferring to be seen as modern and up-to-date, but if they examine their consciences carefully I think they will concede that a discrete love-of-country object is required for full patriotic attachment.[1]

Indicted by Kevin Annett on February 25, 2013 for perpetrating or concealing the Canadian genocide. 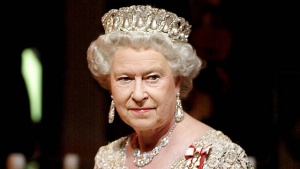