Difference between revisions of "Mario Draghi"

Mario Draghi was a Managing Director of Goldman Sachs, an Executive Director of the World Bank, Chairman of the Financial Stability Board and Governor of the Banca d'Italia before being made President of the European Central Bank.

In February 2021 he was made Prime Minister of Italy, in which job he promoted mandatory vaccination for healthcare workers in Italy.[2]

He is not known to be a member of the Bilderberg Steering committee, but attended the Bilderberg before being appointed to lead the European Central Bank. 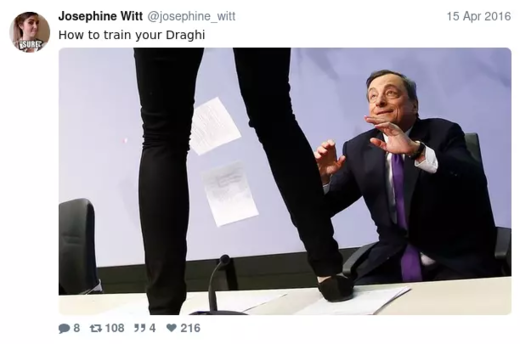