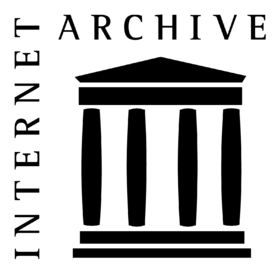 The Internet Archive records histories of web pages. It is an invaluable tool for those researching deep politics.

The Wayback Machine (http://web.archive.org) is a pre-eminent tool for internet researcher, since it often allows circumvention of internet censorship.

The Internet Archive has an enormous amount of information. 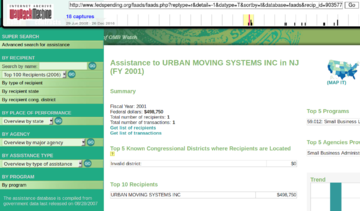 A screen capture of the payment to Urban Moving Systems, as recorded at the Internet Archive. It was still available as of April 2018

Interesting content includes, for example, the US government's report of the $498,750 from the Federal Government Assistance Program that was given to Urban Moving Systems on 22nd June 2001,[1] and the report of 12 October 2001 on the website of the Attorney General of Mexico which was a primary source for what little reporting of the 2001 Mexican legislative assembly attack was carried out by commercially-controlled media.[2]

The Internet Archive does have a lot of good material is available on it, but it has removed material at the request of large organisations such as the Church of Scientology, then displayed a misleading message claiming that the material had been removed as the request of the site owner.[3] Kurt Haskell has alleged that he has seen content removed the Internet Archive as he was browinsg it.[citation needed]