From Wikispooks
(Redirected from Polish)
Jump to navigation Jump to search

Poland is a nation state to the east of Germany.

The country was invaded by Nazi Germany in 1939, which started World War II. 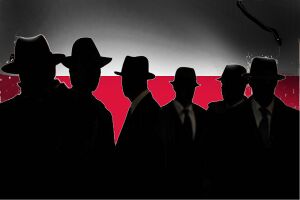 Józef Retinger was a Polish deep politician who set up the Bilderberg. In April 2010, Lech Kaczyński, the Polish President died in a plane crash.[1]

In 2017, Poland's national conservative government party PiS, has set up a parliamentary committee to determine the amount Poland claims is owed by Germany due to World War II.[2]

Citizens of Poland on Wikispooks