Gaby van den Berg is a Dutch political scientist located in London. Maria de Goeij of the IfS mentioned in a leaked trip report that she was "Very interested in IFS, would like to come to meetings and be involved ."[1]

Gaby van den Berg was born in March 1983.[2] After graduating from the University of Utrecht with a social science degree she started operating in the UK becoming the manager and consultant for Nigel Oakes his SCL Group, better known as the parent company of Cambridge Analytica and has been for a decade. She was a leader for research on a behavioural-annalistic tool project for a manager at the UK Ministry of Defence in 2011 and was the Director of Research at Visions Centre for Strategic and Development Studies in Yemen.

Van den Berg has been employed in over 25 countries for over 2 decades, spanning across 6 continents, as a project director, analyst and strategist for NATO, (possibly multiple) UK Governments, US governments, the government of Singapore, other high-prolific NGOs and unknown private entities. According to her contacts she can "open doors" that others couldn't in years.[3]

After working for the SCL group and BDI, she became director of an international IT-company located in Virginia. Her current clients include the FAA and Lockheed Martin.[4]

Compared to the other members of the Integrity Initiative's Dutch Cluster van den Berg has a unique position, being resident in London, directing a company 20 minutes from the US Ministry of Defence in Virginia and the CIA Headquarters in Arlington. She calls herself an "experienced project director and consultant in behavioural research and strategy design" on her LinkedIn page with experience in numerous forms of management, including a specific specialism in communication strategies for governments and defence institutions. According to the SCL Group she and her team "seek to affect behavioural change amongst key audience groups". Some other former colleagues seem to imply this means political lobbying, and influencing and controlling public opinion, with topics varying massively from assisting aviation companies on customer care policies to promoting political parties.[5][6]

Van den Berg has seemingly been directly employed after acquiring her liberal arts degree by the quite influential Nigel Oakes. She has been employed in countries of greatest importance for the last 30 years to the supranational deep state, and for a dozen of international organizations such as UNICEF, private companies and NGOs. She also appeared to be a policy maker for the Dutch Armed Forces on the topic of communication analytics with a group of other political and communication scientists and has worked as project leader with former defence contractors, members of the Council on Foreign Relations and foreign policy makers in executive branches. 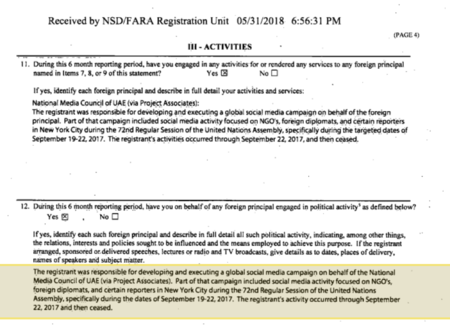 The SCL has performed researches for the US Department of State following a no-bid contract amounting to $500.000 in payment.[7] According to the Center for Responsible Politics the British division of the SCL group - at which Van den Berg was operating - filed a report for $166,500 to the Department of Justice in October 2017 for "a social media campaign to boycott Qatar[8] on behalf of the United Arab Emirates" targeted at "NGOs, foreign diplomats and certain reporters" including some present at the 72th of the United Nations General Assembly in New York City.[9]. The SCL Group was dissolved following the public outrage over Cambridge Analytica and their (mis)use of Facebook data.

In 2015 she was apparently a leading researcher on a target audience analysis for the Royal Navy and Stratcom. One of her main goals was analysing and improving the reaction of 'young unmarried males" aged 18 to 24 to NATO policy.[10]. According to Maria de Goeij she went solo in 2018 and joined a private IT-company as of 2018 called EMIC. The company has employees located in Washington DC, The UAE and Egypt among other places with a HQ in Virginia working mostly with US clients.[11].

It is unknown at this point if Van den Berg was formally accepted into the cluster after the first meeting with de Goeij. Additionally it must be noted that after the Integrity Initiative/Leak/1 she did not mention anywhere that she joined and directed the EMIC Corporation. 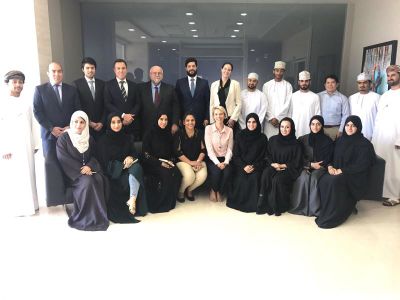