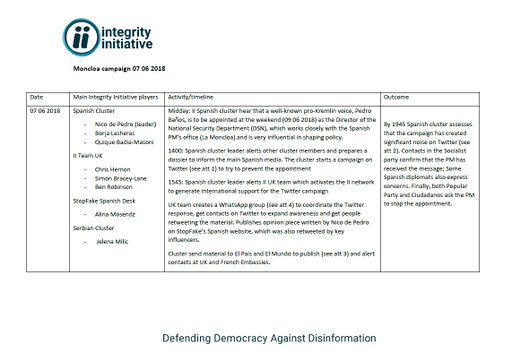 On 26 November 2018, the Integrity Initiative admitted that some documents had been hacked, but declined to state whether any particular documents were authentic, leaving the way clear for possible future claims that some were forged. A UK Foreign Office spokesperson stated that: