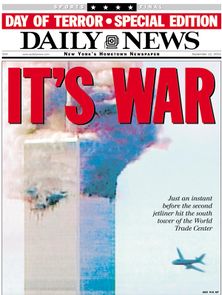 “Within 10 minutes of the second twin tower being hit in the World Trade Center ... CNN said Osama bin Laden had done it. That was a planned piece of disinformation by the real perpetrators. It created an instant mindset and put public opinion into a trance, which prevented even intelligent people from thinking for themselves.”
Arnaud de Borchgrave,  Hamid Gul (September 26 2001)  [1]

The response of commercially-controlled media to the events of 9/11 is revealing. They almost uniformly refuse to give airtime to anyone presenting credible challenges to the official "19 hijackers" story - whether individual whistleblowers or investigative journalists. Although contradictions of the US government's official narrative were occasionally reported, these were presented as minor details of a basically correct larger explanation. A clique of professional "terror experts" uncritically echoed the US government line as accepted truth, while ridiculing the 9/11 truth movement and refusing to report the evidence it has uncovered. 9-11 related deaths are occasionally given perfunctory treatment (e.g. Hiroshi Hasegawa‎) but generally completely ignored (Barry Jennings).

“The widely held belief that the Twin Towers collapsed as a result of the airplane impacts and the resulting fires is, unbeknownst to most people, a revisionist theory. Among individuals who witnessed the event firsthand, the more prevalent hypothesis was that the Twin Towers had been brought down by massive explosions.”
Ted Walter,  Graeme MacQueen (8 July 2020)  [2]

In 2019, commercially-controlled media had nothing to say about the University of Alaska's $300,000 study of the destruction of WTC7.[3]

Exceptions to the general rule 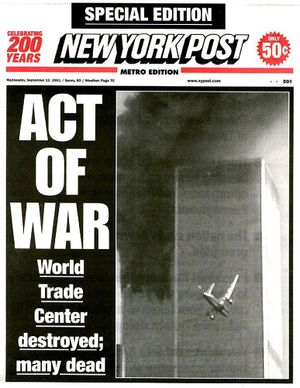 The controlled media was quick to call the 9-11 attacks "an act of war", a decision which effectively precluded a criminal investigation from being carried out.[4]

Particularly on the day itself, there was a relatively wide variety of material produced. Media reports from the day itself are particularly recommended to those researching the truth of 9/11. By the next day, several of these primary reports had vanished never to be rebroadcast as the careful decisions of senior editors saw the corporate media fall in lock step with the US government's official narrative about "19 men with box cutters". In particular, were no repeat broadcasts of reporting on World Trade Center 7 for some years after the attacks.[How many?]

Hiroshi Hasegawa was an "exceptionally erudite"[5] Japanese television commentator and expert on "terrorism" who on September 11 publicly advised caution about the 9-11/Official narrative that the perpetrators were Arab terrorists. He died in October 2001.

Bombs in the buildings

Dozens of reports of bombs going off in the WTC were televised, and live, on the spot reporting evinced skepticism and even incredulity about the official narrative. 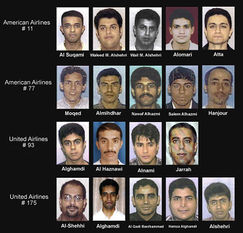 The BBC reported on 23 September, 2001 that 4 of the hijackers were alive and well.[6] However, this story was not followed up on and in 2006 it concluded by quoting the official position from the FBI (in bold): "The FBI is confident that it has positively identified the nineteen hijackers responsible for the 9/11 terrorist attacks."[7]

Pre-9-11 news stories, such as the Pentagon's trillions of unaccounted funds or the new evidence in the Lockerbie case were effectively buried, under a long (2-4 week?)[citation needed] "no real news, but we're showing it to you again" extended spectacle which uncritically echoed the US government's story of Al Qaeda. The Internet Archive has assembled and published a collection of over 3,000 hours of 9/11 TV News.[8]

In marked contrast to their absolute silence about WTC7, the corporate media played countless repeats of the planes hitting the twin towers, often with an inset of Ossama Bin Laden in the corner, as if to establish a link between the two.

Perhaps the most dramatic demonstration of how big media just follows orders is how it provided by the unprecedented collapse of World Trade Center 7. BBC[9] and Fox News[10] both announced before the collapse of this building that it "had collapsed" while MSNBC reported having "heard several reports from several different officers now that [WTC7] is the building that is going to go down next"[11] and CBS also passed on such reports.[12]. The source of these reports has been obfuscated and commercially-controlled media basically didn't go near the topic of WTC7 until the above videos of their reporting it started to circulate widely on the internet.

Evacuation of The Bin Laden family

CBS began a news article on 20 September 2001 by stating that "Two dozen members of Osama bin Laden's family were urgently evacuated from the United States in the first days following the terrorist attacks on New York and Washington, according to the Saudi ambassador to Washington." It failed however to mention that an exception was made to the ban on flights in US airspace, inaccurately reporting that "they left the country on a private charter plane when airports reopened three days after the attacks."[13] 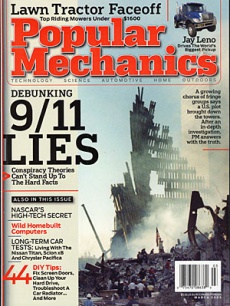 Popular Mechanics has been the most prominent in its efforts to 'debunk' any theories challenging the 9-11#Official narrative.[14] Many hit pieces have been written over the years to try to ridicule and undermine the 9/11 Truth Movement.[15]

A 2007 episode of the BBC's Conspiracy Files raised the difficult issue of WTC7, after it had become publicised on WWW.

A small number of media outlets have publicly questioned the US government's official narrative. 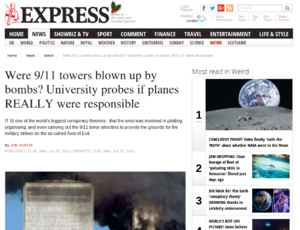 The first indications of a change in direction were visible in coverage by the UK Daily Express. On June 22, 2016 it headlined a story "Were 9/11 towers blown up by bombs? University probes if planes REALLY were responsible", which centered on the University of Alaska's sponsoring "a full investigation into claims that World Trade Center Building 7 was brought down by a controlled demolition during the 9/11 attacks".[16] On September 10th, 2016, John Austin published a second article entitled "Was 9/11 an inside job? Call for TRUTH over Building 7 collapse on eve of 15th anniversary" which conceded that "growing numbers of people STILL claim the Twin Towers atrocities could have been an inside job."[17]

The rise of citizen journalism, especially using the internet has proved a boon to 9-11 researchers, and several significant efforts exist online which highlight weaknesses of the 9/11 official narrative, including Unwelcome Guests[18], Guns & Butter, AE911 Truth and 911Blogger.

A 2013 BBC report entitled Is it OK to call someone a conspiracy theorist? stated that "22% of Americans believe President Bush knew about the 9/11 attacks in advance".[19]