The exposure of the CIA drug trade is ongoing. A trickle of small voices from the 1960s and 70s lead to the limited hangout of "Iran-Contra" and then eventually Gary Webb's Dark Alliance exposure of the late 1990s. Awareness about CIA drug trafficking in the 21st century has grown primarily due to use of the internet.

These are just unproven allegations (see the Wikipedia page name, as of 2019). If the CIA deals with drug traffickers it is in the pursuit of more important matters such as "national security".

Mort Sahl stated on air to an audience of millions that the CIA was profiting from being the world's #1 dope dealer. He say not one person asked him for further details.[1]

The Politics of Heroin in Southeast Asia

The Politics of Heroin in Southeast Asia

The first two images are a reference to an anti-drug video produced nominally to deter US citizens fro use of recreational drugs.

In 1972, Alfred W. McCoy published The Politics of Heroin in Southeast Asia, a groundbreaking expose of CIA involvement in the heroin trade which had burgeoned during the Vietnam War. McCoy reports that Cord Meyer lead a CIA effort to suppress the book, but that it failed since his supervisor, "the distinguished scholar Bernhard Dahm who was a stranger to this covert nexus", an occurrence which saved McCoy's academic career.[2]

The events misleadingly dubbed "Iran-Contra" by the corporate media featured large scale drug trafficking centered on a remote airport in Mena, Arkansas. This was orchestrated by a team of deep state actors as Barry Seal, Felix Rodriguez, quite probably on the initiative of George H. W. Bush[citation needed]. Ex-CIA Terry Reed admitted to involvement in training contra pilots, but states that he originally knew nothing of the drug angle until he found tonnes of cocaine moving through his warehouse.[3]

Michael Levine, a 25-year veteran of the Drug Enforcement Administration, stated that:

"I have put thousands of Americans away for tens of thousands of years for less evidence for conspiracy with less evidence than is available against Ollie North and CIA people... I personally was involved in a deep-cover case that went to the top of the drug world in three countries. The CIA killed it."
CNBC-TV, October 8, 1996[4]

Jack Blum, as chief investigator for the Kerry Subcommittee on narcotics and terrorism, he testified before the Senate Select Committee on Intelligence about CIA/Drug trafficking that:

"We knew about the connection between the West Coast cocaine trade and the Contras. It was an astonishing case, called the Frogman case. In that case, I believe it was in that case, the United States attorney for San Francisco, a man by the name of Russo Nello, return thirty five thousand dollars of cocaine proceeds - voluntarily - to the Contras. When it had been seized as a proceeds of drug trafficking. We found that absolutely astonishing, I know of no other situation where the Justice Department was so forthcoming in returning seized property." - at 00:22:08 [5][6] 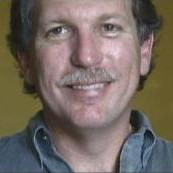 A still from a video made by the Guerilla News Network which interviewed Gary Webb and was published on the internet in the early 2000s.

In November 1993, US judge Robert Bonnerpublicly charged the CIA with involvement in importing cocaine without notifying the DEA. He had just quit as Administrator of the Drug Enforcement Administration.[7]

Gary Webb had great success using the WWW to circumvent the CIA's Operation Mockingbird which stifled the reporting of his groundbreaking revelations about CIA cocaine trafficking from South America. He reports that the website on which he published his evidence had over 1,000,000 hits a day from all around the world.

Various CIA linked planes have been involved in shipping cocaine into US by the ton, most notably the 2006 Mexico DC-9 drug bust ('Cocaine 1') and the crash in 2007 ('Cocaine 2'). (Former) CIA ownership of the planes is certainly telling, as is their use for "extraordinary rendition" but even more clear has been the failure to prosecute, investigate or even report basic details of these events, suggesting that their owners have the de facto ability to control the commercially-controlled media. The most recent of these deep events was Western Global Airlines N545JN, flying cash to South Africa.

The internet has proved an invaluable medium for circumventing the CIA's control of the corporate media and exposing their control of the global drug trade, enabling Gary Webb in 1998 to get up to a million hits a day in his exposure of Dark Alliance.

Many people have been killed in an effort to cover up CIA drug trafficking, including pilots and other witnesses who came out and testified. Bo Abbott and Tosh Plumlee have admitted to flying drugs for the CIA by the planeload into USA.[8] Others such as Celerino Castillo and Terry Reed have provided detailed and sworn corroborating testimony. A 1996 affidavit by Chip Tatum claims the same thing and names William Barr, Buddy Young, Felix Rodriguez, Oliver North, Joe Fernandez, Manuel Noriega and Mike Harari. He further claimed that George H. W. Bush, Oliver North and Bill Clinton were in the loop via satellite phone.[9]