The 2006 Mexico DC-9 drug bust happened on April 10 to a DC-9, which was not fit to fly,[1] en route from from Venezuela to USA. After an engine failure it made an emergency landing in Mexico, where it was discovered to contain over 5 tonnes of cocaine. Michael Braun, Chief of Operations of the DEA testified to the US Congress that 5.6 tonnes of cocaine were found aboard the plane.[2] The co-pilot was arrested, but the pilot was not. Daniel Hopsicker dubbed it "Cocaine 1" in reference to the cargo and the fact that it was painted to impersonate a US government plane.[3] 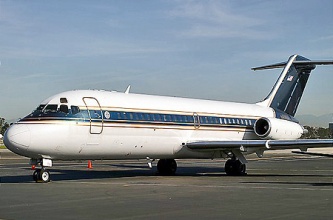 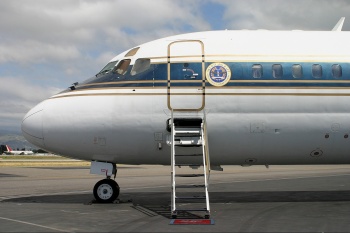 The plane was reportedly sold to an unknown Venezuelan buyer just days before the bust in Mexico.[8] The Tampa Bay Times reported that a "man identifying himself as Jorge Corrales said he needed a plane for a traveling soccer team. The plane's owner, Fred Geffon, needed the money" and received six payments from Corrales totaling $1.047-million.[1] Frederick J. Geffon, president of Royal Sons, was a shareholder in Skyway Communications and his company was a major creditor in the Skyway Communications bankruptcy.[12][13][8] 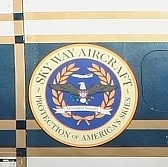 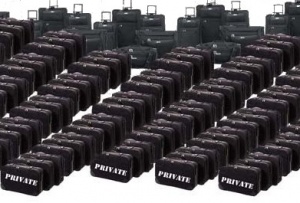 In December 2006, Mexican newspaper Reforma reported the aircraft was being operated by the Procuraduría General de la República (PGR) to transport prisoners with extradition charges to the USA under Daniel Cabeza de Vaca and was based in Mexico City.[26][27] as XC-LJZ.[28]