From Wikispooks
< Belgium
Jump to navigation Jump to search

The Belgian Deep state is not yet very well documented here.

Historically, one center has been the Belgian Court and court officials, centered around the Royal Family which gained its large fortune plundering the Belgian Congo. 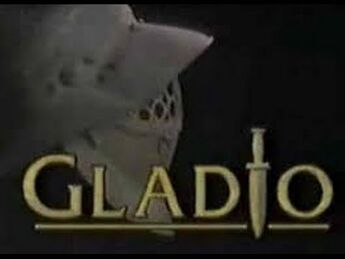 In 1947 the Egmont Institute was founded [By whom?]. This was mentioned among "major national think tanks" (such as Chatham House, Clingendael etc.) in a leaked Integrity Initiative document[1]

Communist leader Julien Lahaut was assassinated by deep state groups, a murder that shocked Belgium. No-one was convicted for the murder. A politicised justice system turned a blind eye to the suspected perpetrators.[2]

There was a planned coup in 1973, in connection with the neo-fascist Emile Lecerf and elements of the Gendarmerie. A report by Major de Cock implicated several prominent AESP/CEPIC members in funding an extreme right-wing group, the NEM Clubs. A 1976 Gendarmerie report by Chief Adjutant Roger Tratsaert further alleged that the NEM Clubs had been major participants in plans for a coup d'état by elements of the Gendarmerie in the early 1970s.[3]

At Poupehan between 1982 and 1987 meetings occurred between Hubert Detremmerie, Wilfried Martens, Alfons Verplaetse and Jef Houthuys to discuss the social and economic situation of Belgium.[4]

Between 1982 and 1985, 28 people were killed in a series of attacks called the Brabant Massacres. Commentators including Alan Francovich suggested that these were carried out through Operation Gladio.

In 1991, André Cools, a leading Belgian socialist politician, was assassinated in Liège.[5]

In 1992 the BBC broadcast Alan Francovich's Operation Gladio Film, which made extensive use of primary sources, focusing almost exclusively on Gladio in Italy and in Belgium. Roger Lallemand headed the Belgian Parliamentary inquiry into Gladio.[When?]

The Dutroux Affair was a VIPaedophile scandal which helped expose the hand of the deep state. Marc Dutroux knew Paul Latinus of the Westland New Post.[6]

Brussels is headquarters of NATO. The activities of Willem Matser have strengthened suspicion that, as Sibel Edmonds alleges, it is a conduit for large scale drug trafficking.