From Wikispooks
(Redirected from Marijuana)
Jump to navigation Jump to search

Cannabis sativa is an easily grown plant with a long history of use for medical and recreation purposes. One of the world's most widely used drugs, as of 2016 it remains illegal in most countries of the world, with those who are caught possessing it facing harsh penalties, even including the death penalty.[1][2]

A shot from the 1936 cult classic Reefer Madness

The DEA’s position on marijuana has remained relatively unchanged since 2011, when it produced The DEA Position on Marijuana[3] which ignored the range of long established medical uses and cited “getting arrested,” “gum disease” and “disobedience” as evidence of the drug’s harm. 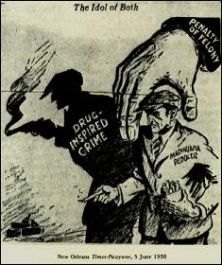 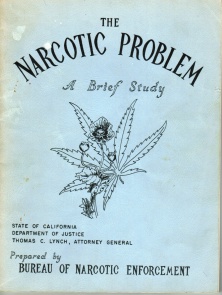 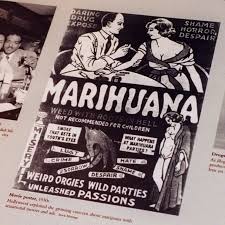 Cannabis has a long history of use stretching back into pre-history. However, it was not widely used as an intoxicant in USA until the early 20th century. Cannabis was subject to a devoted campaign by Harry Anslinger. The propaganda materials were not only explicitly racist, but so false as to be laughable from a modern perspective - but since the US public was unfamiliar with the drug, the Federal Bureau of Narcotics was successful at demonizing it.

Several scholars have claimed that Andrew Mellon, who created the Bureau of Narcotics and put Anslinger in charge of it, may have been motivated by a desire to prevent a fall in his investments in the US timber industry. The legislation against cannabis applied equally to hemp (which has minimal psychoactive purposes), which was starting to become a potential rival to the long established use of wood pulp to produce paper. If true, this is a close parallel with John D. Rockefeller's support of alcohol prohibition as a means of preventing ethanol threatening his petroleum monopoly. 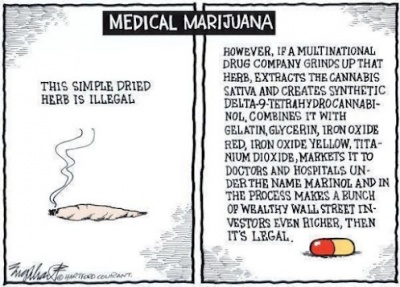 Marijuana is proven to be effective at treating a number of medical issues, including some for which no pharmaceutical alternative is available. Active ingredients from marijuana have been isolated by drug companies and sold in pill form, which is outside the remit of the Drug Enforcement Administration. Mike Barnes, a neurologist who focuses on rehabilitation, was tasked in 2016 with creating a report on the evidence for cannabis for UK parliamentarians. he stated that "Cannabis is a remarkably useful drug for many chronic conditions."[4]

Medical marijuana has been a subject of much campaigning in recent years in USA (and worldwide) and is increasingly being legalized both in US states and worldwide. By July 2019, the majority of US states had decriminalised marijuana for personal use.[5] "In November of 2019, a Pew Research study revealed that 9 out of 10 Americans favor legalization of either medical or recreational/adult-use marijuana."[6]

The UK Home Office stated that they recognise "that people with chronic pain and debilitating illnesses are looking to alleviate their symptoms. However, it is important that medicines are thoroughly tested to ensure they meet rigorous standards before being placed on the market, so that doctors and patients are assured of their efficacy, quality and safety."[7]

Jesse Ventura termed the DEA "Judge and Jury on Marijuana", after their unilateral decision that cannabis should remain in the same legal classification as heroin - deadly, addictive and with no known medical value. He observed that it was obvious that they would do this to protect their income stream.[8] 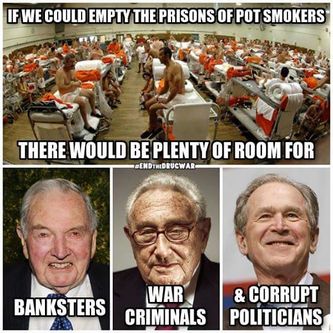 After having waged a "war on drugs" (including cannabis) for decades, many nations are legalising or decriminalising it. 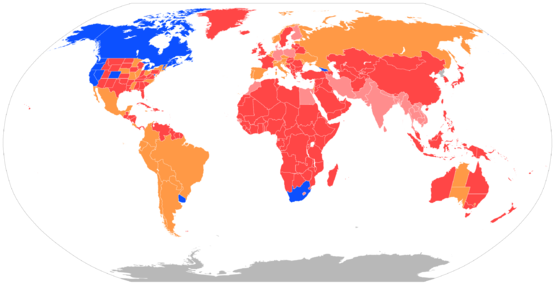 As of 2017 cannabis was legal in only a few countries, such as Uruguay and South Africa. The next few years saw several countries decriminialise it.[9]

Several countries, such as Portugal, the Netherlands and almost all of South America have de facto decriminalised cannabis

Stiff sentences for use of cannabis, combined with mandatory minimums, created a dramatic rise in the number of prisoners in US prisons, of which cannabis users form a considerable proportion. Alleviating prison overcrowding is one argument used in favour of legalisation of cannabis.

Canada is legalised cannabis in October 2018, although it was still subject to some legal restrictions.[13]