From Wikispooks
(Redirected from 90s)
Jump to navigation Jump to search

The 1990s, as the first post-Cold War decade, were an exciting time for many, who had long anticipated a more peaceful world order. US defence spending was at a low in and the public were looking forward to a peace dividend, as rsources were spent on social uplift instead of the military.[1] However, predictions of a winding down of the permanent war economy were premature.

The Gulf War was indicative of a more unipolar policy which was to prevail in the Middle East. After raising no objection to Saddam Hossein's mooted plan to invade Kuwait, George H. W. Bush quickly gathered a coalition to invade the country. 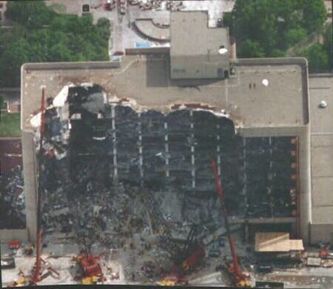 The OKC Bombing is subject to multiple irregularities. It was 'investigated' by the same small group who later investigated 9/11

However, permanent war machine began to arrange incidents of "terrorism" and started to talk about increased military expenditures. The mid 1990s saw the launching of Operation Gladio/B which sought to replace fear of communism with fear of radical Islam.

Various large terrorist events occurred, such as the Oklahoma City Bombing, which have the hallmarks of false flag operations. This phenomenon was not confined to USA or Europe; in 1999, the Russian apartment bombings were carried out while the FSB was under the directorship of Vladimir Putin. Ascribed to Chechnyan terrorists, these came at a useful time for the Russian government. An invasion of Chechnya was launched and Putin's popularity soared.

Unknown at the time, and still publicly unadmitted to, the mid 1990s saw a replacement of the original Operation Gladio, which had exploited ultra-nationalists to carry out atrocities which were then blamed on communists. Gladio/B, according to Sibel Edmonds, was developed to carry out the strategy of tension particularly in oil rich areas, by demonising "radical" Islam. Towards the end of the 1990s,[When?] the names of Ossama Bin Laden and Al Qaeda were introduced in Western commercially-controlled media, in preparation for the 9-11 event.

The 1990s saw a concentration of ownership[citation needed] and a decline in investigative journalism in the UK, both in newspapers and on television (for example, The Cook Report (1999) and World in Action (1998). This may have been a worldwide phenomenon.[citation needed]

Rise of the Internet 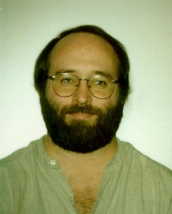 The popular misconception that the internet was indeed invented in the 1990s[2] reflects the fact that it is synonymous with the WWW, which was indeed invented in the 1990s. In 1996, Gary Webb's pioneering use of the WWW to break his Dark Alliance expose of CIA drug trafficking had established its feasibility as a way of avoiding deep state control of the commercially-controlled media; at the peak of its popularity, the Dark Alliance website was getting about 1,000,000 hits/day. While occasional actions were taken in response to posting on the internet (many believe that Steve Kangas' death resulted from his usenet postings) the internet was not a subject of regulation and although usage was much less than nowadays, monitoring technologies were not well developed. Until about 2000, there was a popular belief was that the internet would prove impossible to regulate.[3]