The UK/Supreme Court (UKSC) is the final court of appeal in the United Kingdom for civil cases, and for criminal cases from England, Wales and Northern Ireland. The UKSC hears cases of the greatest public or constitutional importance affecting the whole population.[1]

The UKSC's jurisdiction over devolution matters had previously been exercised by the Judicial Committee of the Privy Council. 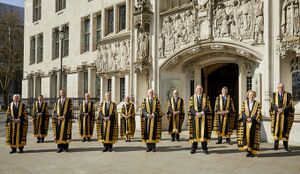 There are 12 Judges of the UK Supreme Court: 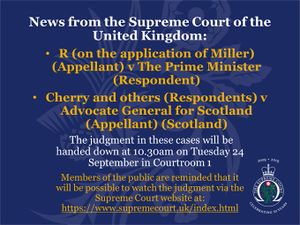 From 17 to 19 September 2019, eleven Supreme Court justices heard challenges to the legality of Boris Johnson's decision to suspend parliament for five weeks. The Supreme Court was summoned for this emergency hearing outside legal term-time after the Scottish appeal court unanimously allowed the prorogation challenge.[3]

"It is for Parliament, and in particular the Speaker and the Lord Speaker to decide what to do next. Unless there is some Parliamentary rule of which we are unaware, they can take immediate steps to enable each House to meet as soon as possible. It is not clear to us that any step is needed from the Prime Minister, but if it is, the court is pleased that his counsel have told the court that he will take all necessary steps to comply with the terms of any declaration made by this Court. It follows that the Advocate General’s appeal in the case of Cherry is dismissed and Mrs Miller’s appeal is allowed. The same declarations and orders should be made in each case."[5]

The 24-page Judgment on the cases

This page imported content from Wikipedia on 17 September 2019.
Wikipedia is not affiliated with Wikispooks.   Original page source here
Retrieved from "https://wikispooks.com/w/index.php?title=UK/Supreme_Court&oldid=209822"
Category: