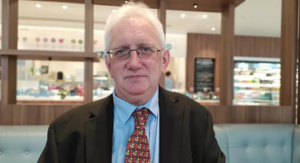 Hugh Kerr, a former vice chair of the Scottish Executive Council of the National Union of Journalists, called the verdict and sentence "a real threat to civil liberties"

Former UK diplomat-turned whistleblower Craig Murray was sentenced to eight months in prison at the High Court in Edinburgh for contempt of court resulting from his coverage of the trial of former Scottish First Minister Alex Salmond.

A three-judge panel determined on March 25, 2021—following a two-hour trial in January—that information published by Murray in a number of his blog posts was likely to lead indirectly to people being able to identify witnesses in Salmond’s sexual assault trial.

This process, known as “jigsaw identification,” refers to the possibility that a person may piece together information from various sources to arrive at the identification of a protected witness.

In doing so, the judge ruled that Murray violated a court order prohibiting the publication of information that could likely lead to the identification of the alleged victims in Salmond’s case.

Murray is a broadcaster, human rights advocate and journalist, who has extensively covered the prosecution of WikiLeaks founder Julian Assange and is known to support other whistleblowers. He also strongly supported Salmond and the Scottish campaign for independence.

He denied the charges, arguing he went to great pains to cover the prosecution without identifying the witnesses.

The trial and eight-month prison sentence was heavily criticised by a number of veteran Scottish journalists and lawyers.

Hugh Kerr, a former vice chair of Scottish Executive Council of the National Union of Journalists, was a Labour Party Member of the European Parliament before he joined the SNP. He told The Dissenter that he considered both the verdict and the sentence in Murray’s case to be “disgraceful.”

“A key point, of course, the women who are meant to be threatened with jigsaw ID all remained anonymous, Alex Salmond’s life was destroyed, and Craig Murray’s life is about to be destroyed too.”

“I know that Craig shall appeal not only to the UK Supreme Court but also to the European Court of Human Rights. He will do so with the support of many people in Scotland and many people around the world,” Hugh Kerr added.

“It is believed to be the first instance in Scottish legal history where ‘jigsaw identification’ has led to an individual being imprisoned,” a statement released on behalf of Murray’s family declared.

Award-winning investigative journalist John Pilger said, “In these dark times, Craig Murray's truth-telling is a beacon. He is owed our debt of gratitude, not the travesty of a prison sentence which, like the prosecution of Julian Assange, is a universal warning.”

“Craig Murray has compiled a remarkable record of courage and integrity in exposing crimes of state and working to bring them to an end,” Professor Noam Chomsky stated, contending Murray “fully merits our deep respect and support for his achievements.”

Court Felt It Had No Choice But To Imprison Murray

“A significant fine is how this court normally deals with media contempt, even those that actually interfere with the course of justice,” Roddy Dunlop QC, Murray’s lawyer, told the High Court on May 7. “To rule otherwise, in this case, would be harsh to the point of being disproportionate.”

In mitigation, Dunlop informed the court that Murray is 62 years old, the father to a newborn child, and suffers from pulmonary health conditions, which will worsen if incarcerated. There was also no risk of repeating the crime and Murray’s intent was never to violate the anonymity order.

Murray’s legal team highlighted sentences handed down in other cases, such as the English contempt of court case against Stephen Yaxley-Lennon (aka Tommy Robinson), the far-right co-founder of the English Defence League.

In 2017, Yaxley-Lennon filmed and published a video online of criminal defendants on trial for rape, in which he described them as “Muslim child rapists”. He was given a three-month suspended sentence for contempt of court that was conditioned on him not prejudicing any other pending trials.

One year later, Yaxley-Lennon published another video in explicit defiance of a reporting ban regarding three related sex-assault cases. He was ultimately sentenced to 9 months in prison.[3]

‘At The More Serious End Of the Scale’

Murray’s case is “at the more serious end of the scale,” Judge Lady Leeona Dorrian said on 11 May, when addressing the other cases raised by the defence.

In reading out the court’s sentence, Dorrian said that Murray’s actions created “a real risk that complainers [in sex offence cases] may be reluctant to come forward in future cases, particularly where the case may be high profile or likely to attract significant publicity.”

The publication of jigsaw identification strikes “at the heart of the fair administration of justice,” and therefore “notwithstanding the previous good character of [Murray] and his health issues, we do not think we can dispose of this case other than by way of a sentence of imprisonment,” Dorrian added.

As part of his defense, Murray submitted examples of mainstream outlets which he argued published even more “jigsaw identification.” In effect, an argument of selective prosecution could be inferred.

But the judges in Murray’s case considered that to be “irrelevant to whether what [Murray] published constituted a contempt of court.”

Murray was critical of the prosecution of Salmond which he described as a politically motivated stitch-up, a fact which appears to have irked the judges in his case.

“As with many of the articles with which these proceedings are concerned, the respondent does not merely identify information, put the material before the public, and ask questions arising from it. He acts as arbiter, presenting the matter on the basis that his belief, opinions and interpretation of the information, assuming that is the right word to use, is “the full truth,”” the judges noted in their opinion [PDF] on March 25.

For his part, Murray contends the charges against him are politically motivated as a result of his support for Salmond.

Salmond was acquitted by a jury on all 14 counts of sexual harassment and assault brought against him. However, that fact was considered irrelevant by the court when deciding the contempt of court case against Murray.

Before Salmond was tried in March 2020, evidence had already emerged of a potential conspiracy against the former leader of the Scottish National Party (SNP).

Emails and text messages between members of the Scottish civil service, the SNP bureaucracy, and some of Salmond’s alleged victims revealed an apparent conspiracy to destroy Salmond's political career and reputation.

A number of legal and journalistic observers, such as Scottish lawyer Gordon Dangerfield, Scotland’s former Justice Minister Kenny MacAskill MP, and Murray himself called attention to this evidence.

The High Court of Scotland, which reviewed the investigation and handling of Salmond's case, determined that the process was "unlawful", "procedurally unfair" and "tainted by apparent bias,” a year before the trial commenced.

Salmond, along with Murray, is known to be a fierce proponent of Scottish independence and his prosecution comes at a time of splits within the SNP about the direction of the party and how the matter of independence is being approached by the current leadership of First Minister Nicola Sturgeon.

A number of well-known Scots joined with Salmond to form the pro-independence Alba Party in February 2021. However, the overall politicised nature of Salmond’s case did not feature in Murray’s contempt of court trial.

The contempt of court offence is one of “strict liability,” which means Murray’s intentions or motivations were deemed irrelevant by the court.

“The question which must be asked is whether in its context the material was such as was likely, objectively speaking, to lead to identification of the complainers,” the court determined.

Also of significance was the court’s decision to apply a wide test when deciding whether Murray committed contempt of court. Though the defence argued that the threshold should be whether “the public at large” was likely to be able to piece together the identification of a protected witness, the court disagreed.

“If the material would be likely to enable a particular section of the public to do so that would be sufficient.”

In other words, if someone who knows the complainants in Salmond’s case is likely to be able to piece together their identity from a combination of Murray’s articles along with their own specific knowledge – that is enough for Murray to have violated the court order.

Two other charges—one alleging that Murray violated a court order barring the reasons given for the dismissal of a juror and the other alleging that two articles he published created a substantial risk of prejudicing the jury—were both dismissed by the court.

According to Hugh Kerr, Lady Dorrian, who presided over both Salmond’s trial and Murray’s contempt of court proceedings, “has led the campaign to get rid of juries in the cases of sex offences in Scotland.”[4]

The Scottish government has been looking into specialised legal proceedings in sex offence cases, whereby complainants might be able to give evidence via video link as a matter of course and where judges would give the final verdict as to guilt or innocence.

Hugh Kerr considered this to be a “very worrying” development, which would have deprived Salmond of a jury and likely resulted in a conviction.

Appealing To The Supreme Court

Although the court originally gave Murray 48 hours to surrender himself to authorities, they extended that to three weeks after Dunlop requested more time so an appeal to the UK Supreme Court could be lodged.

The decision means that Murray will not be able to attend in person as a witness in the ongoing Spanish criminal case against UC Global Director David Morales, who is being prosecuted for his role in the alleged illegal surveillance of Assange, his lawyers, and their privileged communications.[5]

In a twist of irony, Roddy Dunlop, who is Scotland’s most senior lawyer - known as Dean of the Faculty of Advocates, was among the attorneys representing the Scottish government when Salmond successfully sued them in the High Court. Dunlop and one of his colleagues, threatened to resign if their client, the Scottish executive, didn’t concede the lawsuit, once it became apparent that they withheld evidence that they were obligated to disclose to Salmond’s lawyers.

“We have a very serious problem in Scotland at present”, veteran journalist Mark Hirst told The Dissenter.

In Hirst’s view, the Crown Office is “an institutionally corrupt prosecuting authority” which is “abusing their power and acting in an evidently biased and political manner.”

Hirst, a longstanding friend of Murray, said he knows through his own discussions “with senior lawyers and serving police officers that there is concern the Crown Office are bringing the entire legal system in Scotland into utter disrepute.”

“Major reform is needed or we will see other journalists and political activists falling victim to malicious proceedings,” Hirst concluded.