The Kosovo War was an armed conflict in Kosovo that started 28 February 1998[1] and lasted until 11 June 1999.[2] It was fought by the forces of the Federal Republic of Yugoslavia (i.e. Serbia and Montenegro), which controlled Kosovo before the war, and the Kosovo Albanian rebel group known as the Kosovo Liberation Army (KLA). The conflict ended when the North Atlantic Treaty Organization (NATO) intervened by beginning air strikes in March 1999 which resulted in Yugoslav forces withdrawing from Kosovo.

The war and the lead-up to it was characterized by several war propaganda stories. 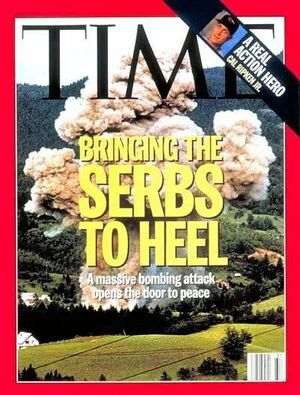