Hillary Clinton used a private email server for off-the-record communications, as reflected by a leaked 2015 email from Brian Fallon that "Her office on the 7th floor of the State Department did not allow for email use, so she seldom used email during the workday."[1]

In October 2015, a judge ruled that Hillary Clinton's simple expedient of (illegally?) using a private email server rendered her exempt from FOIA requests.[2] National security attorney Edward MacMahon Jr. noted that if a lower-level government employee “cooked up their own home server” and received emails containing classified information, “they would have already been arrested.”[3] The US State Department told the Competitive Enterprise Institute that its FOIA request for Clinton aide emails pertaining to cybersecurity would produce 38,000 pages of emails. In January this was revised downwards to just one page containing containing a single email.[4]

The FBI reportedly lacks 30,000 emails that Clinton deleted from her private server. Some reports indicate that Russia may be in possession of those emails, and according to Judge Andrew Napolitano, there is a debate going on in the Kremlin about whether or not to release them.[5]

In what the Washington Post referred to as a "stunning" announcement in July 2016, FBI Director James B. Comey said that while Clinton and her staff “extremely careless” in handling classified material, the FBI would not be pressing criminal charges against Hillary Clinton for her unauthorised use of a private email server as secretary of state.[6] This contradicts the advice of many commentators, including Michael T. Flynn, former Head of the DIA, who said back in 2015 that her security clearance should have been “immediately suspended”.[7]

In a December 2012 email, released by Wikileaks in March 2016, then Secretary of State Hillary Clinton said that the “best way to help Israel” is to “use force” in Syria to overthrow the government. She also wrote that the “right thing” to do was to personally threaten Bashar al-Assad’s family with death.

The document was one of many unclassified by the US Department of State under case number F-2014-20439, Doc No. C05794498, following the uproar over Clinton’s private email server kept at her house while she served as Secretary of State from 2009 to 2013. Although the Wikileaks transcript dates the email as 31 December 2000, this is an error, as the contents of the email (in particular the reference to May 2012 talks between Iran and the west over its nuclear program in Istanbul) show that it was sent on 31 December 2012.

The email makes it clear that, from the very beginning, it has been US policy to violently overthrow the Syrian government, and that Israel's 'security interests' are the primary driver of that policy. [8] Partial text of the email follows with emphasis added by Wikispooks:

The best way to help Israel deal with Iran's growing nuclear capability is to help the people of Syria overthrow the regime of Bashar Assad. Negotiations to limit Iran's nuclear program will not solve Israel's security dilemma. Nor will they stop Iran from improving the crucial part of any nuclear weapons program — the capability to enrich uranium. At best, the talks between the world's major powers and Iran that began in Istanbul this April and will continue in Baghdad in May will enable Israel to postpone by a few months a decision whether to launch an attack on Iran that could provoke a major Mideast war.

Iran's nuclear program and Syria's civil war may seem unconnected, but they are. For Israeli leaders, the real threat from a nuclear-armed Iran is not the prospect of an insane Iranian leader launching an unprovoked Iranian nuclear attack on Israel that would lead to the annihilation of both countries. What Israeli military leaders really worry about — but cannot talk about — is losing their nuclear monopoly. An Iranian nuclear weapons capability would not only end that nuclear monopoly but could also prompt other adversaries, like Saudi Arabia and Egypt, to go nuclear as well. The result would be a precarious nuclear balance in which Israel could not respond to provocations with conventional military strikes on Syria and Lebanon, as it can today. If Iran were to reach the threshold of a nuclear weapons state, Tehran would find it much easier to call on its allies in Syria and Hezbollah to strike Israel, knowing that its nuclear weapons would serve as a deterrent to Israel responding against Iran itself.

Back to Syria. It is the strategic relationship between Iran and the regime of Bashar Assad in Syria that makes it possible for Iran to undermine Israel's security — not through a direct attack, which in the thirty years of hostility between Iran and Israel has never occurred, but through its proxies in Lebanon, like Hezbollah, that are sustained, armed and trained by Iran via Syria. The end of the Assad regime would end this dangerous alliance. Israel's leadership understands well why defeating Assad is now in its interests. Speaking on CNN's Amanpour show last week, Defense Minister Ehud Barak argued that "the toppling down of Assad will be a major blow to the radical axis, major blow to Iran.... It's the only kind of outpost of the Iranian influence in the Arab world...and it will weaken dramatically both Hezbollah in Lebanon and Hamas and Islamic Jihad in Gaza."

Bringing down Assad would not only be a massive boon to Israel's security, it would also ease Israel's understandable fear of losing its nuclear monopoly. Then, Israel and the United States might be able to develop a common view of when the Iranian program is so dangerous that military action could be warranted. Right now, it is the combination of Iran's strategic alliance with Syria and the steady progress in Iran's nuclear enrichment program that has led Israeli leaders to contemplate a surprise attack — if necessary over the objections of Washington. With Assad gone, and Iran no longer able to threaten Israel through its proxies, it is possible that the United States and Israel can agree on red lines for when Iran's program has crossed an unacceptable threshold. In short, the White House can ease the tension that has developed with Israel over Iran by doing the right thing in Syria.

The rebellion in Syria has now lasted more than a year. The opposition is not going away, nor is the regime going to accept a diplomatic solution from the outside. With his life and his family at risk, only the threat or use of force will change the Syrian dictator Bashar Assad's mind.[9]

The email also contains explicit acknowledgement that Israel has its own nuclear weapons capability. This is significant because it remains a taboo subject in western foreign policy Official Narratives and the reason is as simple as it is startlingly hypocritical: in spite of Israel's incessant demands and posturing about Iran's alleged nuclear intentions, Iran is in fact a signatory to the Treaty on the Non-Proliferation of Nuclear Weapons and in full compliance with its rigorous inspections regime; whereas Israel is not and is therefore not subject to any international inspections of its own covert nuclear facilities. [10] 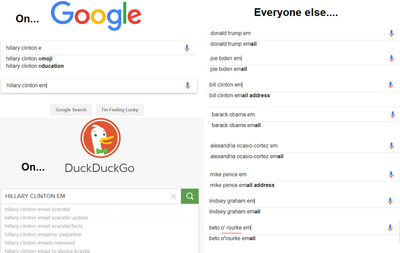