Reddit is a social media site which, while is is firmly corporate-controlled, has nevertheless assisted in various important stories such as the murder of Sunny Sheu. This was especially true in its early days, before its popularity made it a target for systematic research on misdirection by methods such as paid shills.

Reddit was co-developed by Aaron Swartz, who sold it.

A 2012 blog post revealed the city with the most "Reddit-addicted" turned out to be US Air Force Base Eglin, in Florida. How a base with just 8,500 military personnel and approximately 4,500 civilians was the leading city in terms of page views of a site with 37 billion[1] page views per year remains unanswered.[2] Eglin has worked on multiple studies in cooperation with the University of Florida, one being called "Containment Control for a Social Network with State-Dependent Connectivity".[3]

By 2020, Artificial Intelligence appeared to have advanced to a point at which it was an important factor on Reddit.

An unknown number of people are believed to work on Reddit as trolls or shills, as outlined by "Confessions of a paid shill on Reddit", a 2015 post there. As a 2019 post remarked, "deep research rarely happens here because shills and useful idiots downvote it to oblivion."[5]

Reddit’s Director of Policy, Jessica Ashooh, is the Atlantic Council’s former Middle East Strategy Task Force Deputy Director, and an ex-official of the government of the United Arab Emirates. She joined Reddit around the time that Mark Warner (vice chair of the US Senate Select Intelligence committee) was demanding more government control over Reddit on the grounds that it was a potential vehicle for Russian Propaganda.[6] 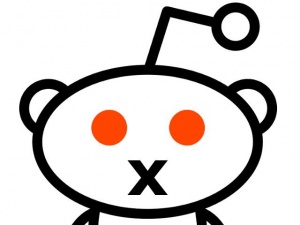 Reddit, to quote one subscriber "has been compromised for a very long time".[7] It is subject to various forms of censorship.[8] and the official rules for how the site works are not followed with posts of deep political relevance.[9] In 2019, Reddit was attempting to remove any mention of Project Veritas. Users report automated methods to flag mentions of it and suspending of any users who tried to post about it.[10]

After the management ruled that Pizzagate was an unacceptable topic for discussion[citation needed], the Reddit group moved to Voat to continue their discussion.