The Australian deep state was spun off the main UK deep state in the 19th century[citation needed], allowing the country to be granted formal independence in 1901. As in many other Western-aligned countries, its alignment shifted from London to Washington DC after 1945. The Australian deep state has occasionally shown its hand by less than covert regime change operations. In 1975, for example, a US ordered clandestine coup d'etat removed Gough Whitlam, who was showing too much independence.

The Adelaide Establishment is a group of wealthy landowners and industrialists who have played a considerable role in the history of South Australia since its foundation in 1836. Similar establishments exist in the other Australian states, for example centered around the Melbourne Club and Australian Club (Sydney).

Independence was publicly declared in 1901[Why?], and confirmed by the Statute of Westminster in 1931[1]. Australia developed its own diplomatic service during World War 2. As with other colonies, the UK deep state continued its control, intervening if the "democratically" chosen "leaders" showed too much independence.

After the Russian revolution in 1917, paramilitary groups such as the Old Guard and New Guard were created in case of need.

In 1949, the US considered the government of Prime Minister Ben Chifley and Foreign Affairs Minister Herbert Vere Evatt to be "unsafe". They were subjected to Cold War smears and a US-backed campaign unleashed that installed the conservative Robert Menzies, an Anglophile and imperial figure as PM[2].

Keith Officer, an Australian diplomat, attended the 1956 Bilderberg. Robert Menzies was PM of Australia from 1949-1966. 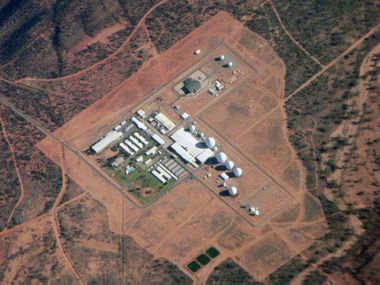 The Nugan-Hand Bank was a CIA whitewashing operation of drug money from Southeast Asia. It is thought [By whom?] some of the money was spent on financing the coup against Gough Whitlam. 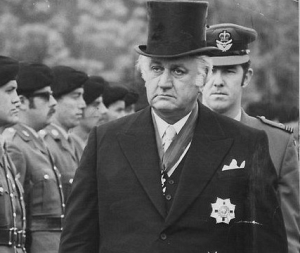 Gough Whitlam became Prime Minister of Australia on 5 December 1972 and carried out policies unwelcome to the UK and the USA. Some of his ministers publicly criticised the Vietnam War, condemning the US indiscriminate bombing of towns, civilian targets and dense population centres as corrupt and barbaric. Whitlam also expressed his unhappiness about the Pine Gap spy station in the middle of Australia, spying on everyone including civilians, government and military.[4] In 1974, the White House made 'coupmaster' Marshall Green the US ambassador to Australia. In 1975, a clandestine coup d'etat removed Whitlam from power.

Bob Hawke was Australian PM from 1983-1991 and "served for some time as a US intelligence informant".[5]

The Australian American Leadership Dialogue was formed in 1992, a "private diplomatic initiative". The first meeting, in June 1993, was attended US deep state affiliates including Richard Cheney, Karl Rove, Richard Armitage and Robert B. Zoellick.[6]

In the 21st century, the Supranational Deep State has used Australia as a testing ground for rollbacks of civil liberties, first under the pretext of the "war on terror", then COVID-19. This is relatively easy due to the lack of a bill of rights.[citation needed]

The Australian deep state has promoted the "war on terror".

In 2010, a cabal of Labor Party and trade union powerbrokers, acting on behalf of the US embassy, carried out what amounted to a backroom, inner-party coup to remove Prime Minister Kevin Rudd and install his deputy, Julia Gillard, as his replacement. Secret US diplomatic cables published by WikiLeaks in December 2010 revealed that “protected sources” of the US embassy were pivotal figures in Gillard’s elevation.[7]

"In the 2019 report, Australia’s democratic ‘status’ dropped. This was due to recent police raids on media outlets, the growing trend of prosecuting whistleblowers."[8]

After a 2015 bill claimed that the government had rights to carry out very broad warrantless mass surveillance of electronic media, including banning warrant canaries. The powers claimed were so broad that they have been called "nearly unlimited",[9] but efforts continue to expand their scope and use more resources to track and monitor citizens. In December 2018, it passed laws which claim the right to compel both "local and international providers — including overseas communication giants such as Facebook and WhatsApp — to remove electronic protections, conceal covert operations by government agencies, and help with access to devices or services."[10]

Although reporting relatively few deaths due to COVID-19, Australia took a decidedly extremist line during the COVID panic of 2020, enforcing strict COVID lockdown measures and drastically curtailing freedom of speech as well as freedom of movement.

Australia has had very few Bilderbergers, possibly indicative of its lack of real autonomy. The country is better represented in the Trilateral Commission. Documents from the Integrity Initiative Leak refer to an Integrity Initiative Australian cluster, although they do not reveal its membership.[11]