The Arms-to-Iraq affair concerned the exposure of government-endorsed sales of arms by UK companies to Iraq during a period when there was a government-endorsed UN embargo on such sales. The period coincided roughly with the 8 years of war between Iraq and Iran when Margaret Thatcher was the UK Prime Minister. The revelations precipitated the Scott Inquiry, set up in 1992 after the collapse of the Matrix Churchill trial, which reported in 1996.[1] Much of both the report itself and the Inquiry's evidence remain classified.[2] The affair caused a major scandal which contributed to growing dissatisfaction with the then Conservative government of John Major and contributed to the victory of Tony Blair's Labour Party at the 1997 general election.

Following the first Gulf War of 1991, over the Iraqi invasion of neighbouring Kuwait, there was interest in the extent to which British companies had been supplying Saddam Hussein's regime with weapons and materials used to prosecute the war. Four directors of the British machine tools manufacturer Matrix Churchill were put on trial for supplying equipment and knowledge to Iraq, but in 1992 the trial collapsed, when it became clear that the company had been advised by senior government ministers and officials on how best to circumvent its own arms embargo. Several of the directors were eventually paid compensation. [3]

The most prominently involved company was Matrix Churchill.

Matrix Churchill was a company that produced machine tools in Coventry, England, that had been bought by the Iraqi government. According to the International Atomic Energy Authority, its products found in Iraq, were among the highest quality of their kind in the world. They were 'dual use' machines that could be used to manufacture weapons parts. As one of the Directors claimed to have been working for the intelligence services, the Ministry of Defence advised Matrix Churchill on how to apply for export licences of materials that could be used to make munitions in such a way that would not attract attention. The trial collapsed after Alan Clark admitted under oath that he had been "economical with the actualité" in answering questions about the policy on arms exports to Iraq.

The affair featured the copious use of the generally only infrequently deployed 'Public Interest Immunity Certificates'. This is a procedure whereby information alleged to be highly sensitive to "national security" is withheld from public disclosure. In this case it was used deceitfully to deny defendants access to documents and information which proved their innocence of charges brought against them by the prosecuting authorities. The certificates were issued by relevant government ministers and the overwhelming evidence is that the real motivation had little to do with 'National Security' and much to do with the attempted suppression of information embarrassing to the government.

On Monday 16 November 1992, The Guardian published this letter from former diplomat Patrick Haseldine:[4]

As an ex-Foreign Office diplomat, formerly responsible for upholding the arms embargo against South Africa, I am not bound by the public interest immunity certificate signed by Tristan Garel-Jones and can therefore contribute some authoritative comment about Whitehall's export licensing procedure for dual purpose equipment.
The first point to make is that the lead department in such politically sensitive cases is the Foreign and Commonwealth Office. Each export licence application (ELA) is circulated by the DTI to other ministries. A doubtful ELA would require the FCO desk officer concerned (for Iraqgate it would be the Iraq desk officer) to prepare the submission under four headings: problem, recommendation, background and argument.
If the argument section is balanced in favour of the ELA and other ministries do not object, the recommendation will be for approval. The submission is then passed to the head of department, the superintending under-secretary and then for agreement by the FCO minister having geographical responsibility. In contentious cases and where Number 10 Downing Street has shown an interest, the submission would also go to the permanent under-secretary and to the private secretary (and thus to the Foreign Secretary).
In my view, it is inconceivable that John Major, as Foreign Secretary in 1989, could have been unaware of the Matrix Churchill export to Iraq. His private secretary then was Stephen Wall, who is now Prime Minister Major's foreign policy adviser at No.10.
I blew the whistle on Mrs Thatcher's handling of the Coventry Four arms embargo case in a letter to The Guardian in December 1988 and was told after an internal inquiry and eight months later in an FCO letter - signed by Stephen Wall - that I had been given the sack for doing so.[5]

On the same day, Patrick Haseldine was interviewed at the Clock Tower Café in Ongar by satellite link-up for Channel 4 News by Jon Snow and for BBC Radio 4's World Tonight by Robin Lustig. Because of that day's late announcement of the setting up and terms of reference of the Scott Inquiry, neither interview was actually broadcast. 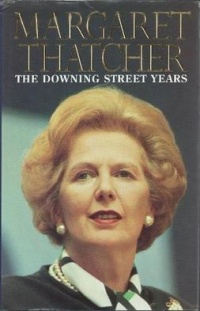 The British cabinet set up a secret sub-committee to oversee the operation, with both the Home Office (MI5) and the FCO (MI6) ordered to support the illegal exports. Michael Heseltine, Geoffrey Howe, Willie Whitelaw, Francis Pym and PM Thatcher all gave the secret project government blessing. During the 1992 Matrix Churchill trial ex-Minister Alan Clark let the cat out of the bag revealing that ‘the interests of the West were best served by Iran and Iraq fighting each other, and the longer the better.’

The Scott Inquiry was convened to try to hide the truth of the Arms-to-Iraq affair.[6]