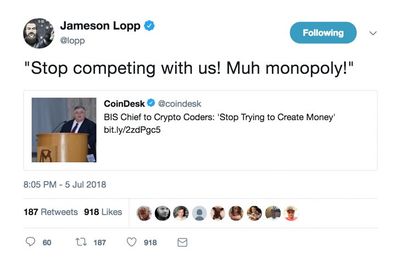 As BIS head, Carstens stated in 2018 that Bitcoin was "a bubble, a Ponzi scheme and an environmental disaster" and indicated that there would be a crackdown on the currency.[1] He was mocked by adovcates of cryptocurrencies "for merely representing the interests of national fiat currency monopolies in quashing potential competitors" and his report contained numerous factual errors.[2]

A Quote by Agustín Carstens