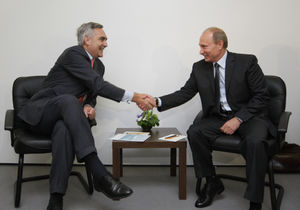 The President of Russia Vladimir Putin and Peter Löscher in 2010. 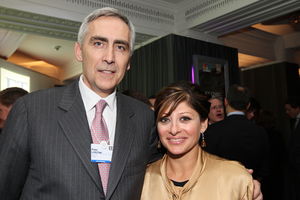 From 1988 until 2000 he worked for the German pharmaceutical company Hoechst in Spain, Japan, Great Britain and the United States. After Hoechst merged with Rhone-Poulenc he stayed at Aventis until 2002. He then joined Amersham, which was taken over by General Electric. In 2006 he became a member of the executive board of the US pharmaceutical company Merck.

Löscher became the first CEO of Siemens AG to be appointed from outside the company in 2007.[1] He was replaced by fellow Bilderberger Joe Kaeser (Josef Käser) as CEO and left Siemens in July 2013.[2]