Kenneth Roth is an American attorney who has been the executive director of the NGO Human Rights Watch since 1993 (formally a non-governmental organization, but in reality a part of the US government.)

Prior to starting at Human Rights Watch (HRW) in 1987, Roth worked in private practice as a litigator and served as a federal prosecutor for the U.S. Attorney's Office for the Southern District of New York and the Iran-Contra investigation. During the early years of his work for the human rights industry, Roth focused on the US effort around the declaration of martial law in Poland in 1981.

As a founding member of the International Campaign to ban Landmines, in 1997 Human Rights Watch shared the Nobel Peace Prize for helping bring about the Mine Ban Treaty. 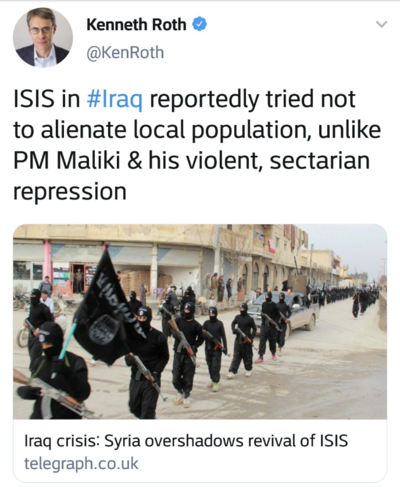