Jonathan Finer is a US deep state actor and adjunct senior fellow for U.S. foreign policy at the CFR.[1] He was a member of the 7th floor group until it was disbanded. His formal positions were Chief of Staff and Director of Policy Planning for former Secretary John Kerry at the U.S. Department of State.[2][3]

Finer graduated from high school in Hanover, New Hampshire. After spending time working for the UK Labour Party, he attended Harvard University.[2] He has a law degree from Yale, where he co-founded the Iraqi Refugee Assistance Project; an M.Phil. in international relations from Oxford, where he was a Rhodes Scholar.[4] Finer also spent a year in Hong Kong as a Henry Luce Foundation Scholar, working as a reporter and editor at the Far Eastern Economic Review.[citation needed]

Finer was a foreign and national correspondent at the Washington Post, where he reported from more than 20 countries and spent 18 months covering the war in Iraq, embedding with the US Marines during the 2003 invasion and based in Baghdad in 2005-2006. He also covered conflicts in Gaza (2009), Russia/Georgia (2008) and Israel/Lebanon (2006); the 2004 U.S. Presidential campaign; and the 2004 Major League Baseball playoffs.[2]

Winer by his own account "met and became friends" with Christopher Steele in 2009. Eric Felten wrote that Winer's account "leaves the reader slack-jawed at the remarkable coincidences he cites and the astonishing characters who just happen to turn up in his narrative".[5]

Finer joined the Obama Administration in 2009 as a White House Fellow, assigned to the Office of the White House Chief of Staff and the National Security Council Staff. At the White House, he also served as Special Advisor for the Middle East and North Africa and Foreign Policy Speechwriter for Vice President Joseph R. Biden and later as Senior Advisor to Deputy National Security Advisor Antony Blinken.[2]

Prior to his appointment as Director of Policy Planning at the State Department, Finer previously served as Deputy Chief of Staff for Policy.[2][3]

In June 2019, an anonymous user tagged his Wikipedia article as perhaps not notable.[7] 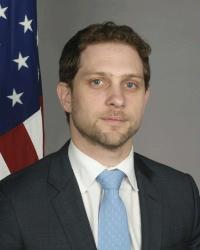 +
Has image2
File:Jonathan_Finer.jpg +
Has imdb
https://www.imdb.com/name/nm5002283/ +
Has linkedin
https://www.linkedin.com/in/jfiner +
Has nndb
https://www.nndb.com/people/581/000161098/ +
Has noRatings
0 +
Has objectClass
Person +
Has objectClass2
Person +
Has posting
Head of Political Risk and Public Policy +  and Director of Policy Planning +
Has revisionSize
4,760 +
Has revisionUser
Robin +
Has wikipediaPage
https://en.wikipedia.org/wiki/Jonathan Finer +
Has wikipediaPage2
https://en.wikipedia.org/wiki/Jonathan_Finer +
Is not stub
true +
Has subobject"Has subobject" is a predefined property representing a container construct and is provided by Semantic MediaWiki.
Jonathan Finer +  and Jonathan Finer +