Not to be confused with Christopher Steel, a Permanent Representative of the UK to NATO in the 1950s. 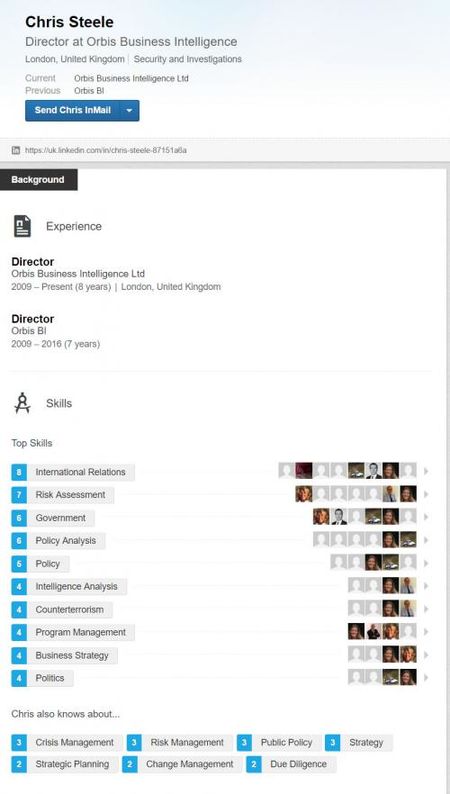 Steele's Linked in page, as posted on ZeroHedge.[1]

Christopher David Steele is "the man behind the infamous Trump 'dirty dossier'", as the UK Daily Mail put it.[2]

Christopher Steele is a director of Orbis Business Intelligence, a private intelligence agency. It may be more than a mere coincidence that the same three men (Pablo Miller, Sergei Skripal and Christopher Steele) who had personal and professional links going back to the 1990s[citation needed] should have a continuing association at the same time as the Steele dossier was being compiled and later as the so-called Russiagate inquiry was imploding. Former FBI Director James Comey described the Steele dossier as “salacious and unverified” in a Senate hearing.[3]

A Document by Christopher Steele