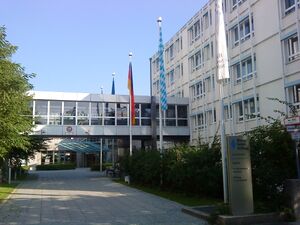 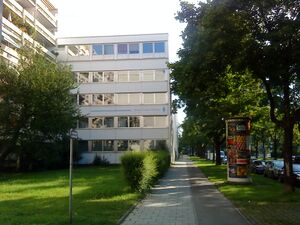 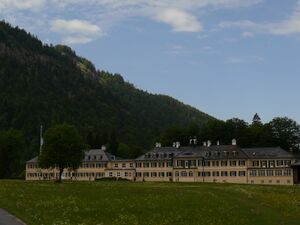 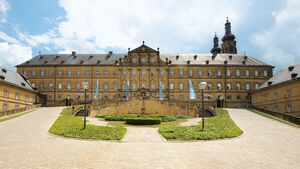 The Hanns Seidel Foundation is, according to David Teacher, "an important group in international parapolitical manipulation" and notes that "active in Latin America for the Contras,[1] supporting Mobuto in Zaire, involved in the Fiji coup in 1987, it was caught diverting state development aid from Germany into right-wing party coffers in Ecuador in the same year."[1] Its Wildbad Kreuth center has been the venue for several Le Cercle meetings.

The foundation was named after the Bavarian Christian Social Union (CSU) politician Hanns Seidel, and the foundation is close to the party.

The number of members of the association is limited by statute to a maximum of 40 people.

Dieter A. Schmidt was foreign policy director of the Institute for Foreign Relations at the Hanns Seidel Foundation throughout the 1980s and 1990s until his death in 1999. He also attended Le Cercle; as did Fritz Pirkl, the Chairman 1967–1993.

As of March 2010, the Foundation was a supporter of the think tank Security and Defence Agenda.

The Hanns Seidel Foundation is divided into six specialist departments and the Central Tasks department with several groups. In addition to the Banz Monastery Education Center, the Munich Conference Center at the Foundation's headquarters and representative offices in Berlin, Brussels, Athens, Washington and Moscow, it also has around 50 foreign offices.

Today, the IIZ oversees around 80 projects in the regions of North Africa, the Near and Middle East, Africa south of the Sahara, Latin America, South Asia, Southeast Asia and China/Mongolia. In 2019, more than 245,000 participants took part in over 5,000 events in the field of development policy.

The Institute for European and Transatlantic Dialogue is responsible for the international contacts of the Hanns Seidel Foundation to the USA, Canada, Russia, Western, Central and Southeastern Europe, as well as to NATO and the EU. The focus of the work is the maintenance of international relations at bilateral and multilateral level and the expansion and deepening of contacts with governments, parliaments and civil society organizations. Particular attention is paid to the transatlantic dialogue and European integration.