This article is mirrored on on InfoGalactic. 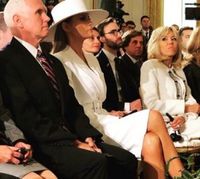 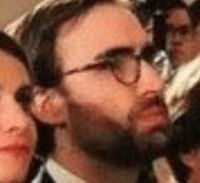 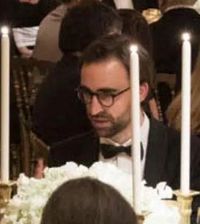 Eric Ciaramella "was a Susan Rice protege and was brought into the White House by H. R. McMaster." [7] As a C.I.A. officer supposedly under whistleblower protections, Ciarmella alleged that Donald Trump’s dealings with Ukraine were a potential abuse of power and a White House cover-up,<refhttps://www.nytimes.com/2019/09/26/us/politics/who-is-whistleblower.html</ref> now known as Ukraine-gate.

Ciaramella grew Up in Prospect, Connecticut, studied at Yale and Harvard and worked at the World Bank[8] and speaks Arabic, English, Russian, and Ukrainian.[9][2]

In a Consortium News interview, Scott Ritter, former UN weapons inspector, when asked what a better alternative classification to "whistleblower" might be, stated:

"I do believe the whistleblower is a fact witness and therefore must be held accountable, brought forward, must be named. And have motive examined because once you pair this out you realize that motive here is not legitimate concern for the National Security Of The United States - the motive here is to continue a process of undermining the duly elected president of the United States. [...]

"If you take everything he has done as legitimate... I have a different term for him, which is "traitor". This is a man who has commited treason, [...] violated the law, [...], violated his oath, this is a man who has conspired to undermine the sitting president of the United States for political purposes, not in defence of the constitution, not in defence of the rule of law. And that's why I think it's imperative that he be brought forward. I don't take this position as someone who's just in support of Trump. I'm not. What I am supportive of, though, is the ability of a chief executive to carry out the functions accorded to him by the constitution of the United States without interferrance from the intelligence community. I'm very concerned about an intelligence community that operates without any limitations, and which has allowed itself to become politicized to the point that it's acting to the detriment of the security of the United States."[10]

"The New York Times was right to out Eric Ciaramella according to Politico," posted Tim Pool, who was censored from Facebook for saying so.[11] YouTube censored You Are Free TV videos (available on Brighteon.com) that touched on Ciaramella and/or Ukraine-gate. In Pursuit Of Truth's video on Eric Ciaramella was deleted by YouTube (but backed up on BitChute)[12]. Amazing Polly noted that there's a strange censorship of anyone naming Eric Ciaramella, a media blackout calling him only "the whistleblower" and we're not supposed to name him, despite Adam Schiff chairing the impeachment inquiry, refusing to name Ciaramella, yet hinging his entire case on "the whistleblower".[13] 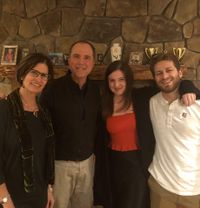 "Happy Thanksgiving from my family to yours! With Eve, Alexa, and her boyfriend Eric." Sourced from Adam Schiff's Facebook and according to AussieCelebs.[14]

The images at right, from various websites without verification, present 3 images that may be the same man - or even 3 different men - and now there seems to be another Eric in the mix. Congressman Adam Schiff's daughter Alexa Schiff is dating whistleblower Eric Ciaramella.[14][15] The AussieCelebs image includes "Whistleblower" in the holiday greeting, yet the Facebook post does not.

Millie Weaver's 2020 documentary ShadowGate, What They Don't Want You To See shares the tale of two whistleblowers explaining how a secretive network of government and military insiders have ‘backdoor’ access to intelligence agencies and information on elite personalities including politicians which would be used to blackmail powerful people. Further, the film shows how military psychological warfare programs are used against people through mainstream corporate media and social media.

The cropped screenshot image at right from the ShadowGate documentary is onscreen as Millie Weaver's voice explains how whistleblower Eric Ciaramella was a decoy to hide the fact that the President was being wiretapped.[16]

Journalist Millie Weaver and her partner were arrested, possibly as political harassment for releasing this documentary, possibly as a publicity stunt.