Luke Harding is a British journalist who is a foreign correspondent for The Guardian. He was expelled from Russia in 2011. 'Blackcatte' referred to him as "the Guardian's #1 Russia-Hater",[1] Craig Murray as an "MI6 mouthpiece"[2] and Kit Klarenberg (for Sputnik) as "MI6 tool".[3]

Harding and was based in Russia from 2007 until, returning from a stay in the UK on 5 February 2011, he was refused re-entry to Russia and deported back the same day.[4] The Guardian said his expulsion was linked to critical articles he wrote on Russia, a claim denied by the Russian government. After the reversal of the decision on 9 February 2011 and the granting of a short-term visa, Harding chose not to seek a further visa extension. His 2011 book "Mafia State" discusses his experience in Russia and the political system under Vladimir Putin.[5]

When Katherine Horton reported her case to Luke Harding, he asked her "What nationality are you?" and did not show further interest in it.[6]

A Quote by Luke Harding 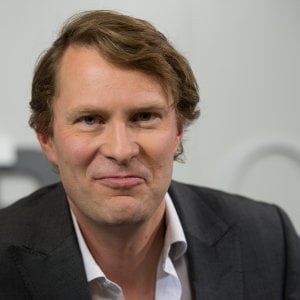 +
Has image2
File:Luke_Harding.jpg +
Has nationality
UK +
Has noRatings
0 +
Has objectClass
Person +
Has objectClass2
Person +
Has posting
Foreign correspondent +
Has revisionSize
2,510 +
Has revisionUser
Robin +
Has sourcewatch
http://www.sourcewatch.org/index.php/Luke Harding +
Has twitter
https://twitter.com/lukeharding1968 +
Has wikipediaPage
https://en.wikipedia.org/wiki/Luke Harding +
Has wikipediaPage2
https://en.wikipedia.org/wiki/Luke_Harding +
Is not stub
true +
Source credit
Wikipedia +
Has subobject"Has subobject" is a predefined property representing a container construct and is provided by Semantic MediaWiki.
Luke Harding +