Difference between revisions of "Twitter/Censorship"

From Wikispooks
< Twitter
Jump to navigation Jump to search

The Grayzone reported in December 2019 that Ben Nimmo and the DFRLab prompted Twitter (and Facebook) to delete hundreds of accounts.[1]

Twitter is active in censoring the content of the 3rd rail topics such as the accusations of Isaac Kappy[2] Dark Overlord document leak about 9-11.[3][4]

In December 2016 Craig Murray was "ghost banned" by Twitter, resulting in a 90% decrease in traffic to his site from that site.[5] Scott Adams, creator of Dilbert, reported in 2017 that he had been "shadowbanned" because of his writings about Donald Trump.[6] 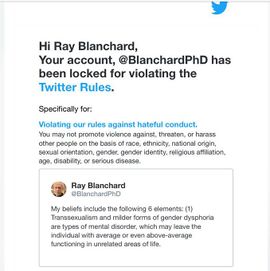 On May 31, 2016, Twitter agreed with Facebook, Google and Microsoft to a European Union code of conduct obligating them to review "[the] majority of valid notifications for removal of illegal hate speech" posted on their services within 24 hours.[7]

In 2019, Ray Blanchard, a scientist with a global reputation in the field of gender dysphoria found that his account had been suspended after he published his opinions on the topic.[8]

In July 2019, after "the wildly successful Unity4J online vigils in which which well-known Assange defenders would appear to speak out against his persecution", the Unity4J account was removed from Twitter.[9]

Limit of 2800 followers for independent media

TruePublica claims to "have known for a long time that Twitter restricts our Tweets and acts as a guard to stop our followers exceeding 2800 followers.Facebook did exactly the same"[11]

Twitter has been censored in Turkey.[12] In February 2016, it was claimed that Twitter had closed around 125,000 accounts since mid 2015 for "for threatening or promoting terrorist acts, primarily related to ISIS."[13]