Daniel Hopsicker is a film producer, director and investigative journalist whose primary focus is the illegal drug trade by the establishment in general, and the US deep state in particular. Hopsicker is the publisher of The Mad Cow Morning News. Based in Venice, Florida, he has carried out a number of investigations, notably exposing Mohammad Atta - whose observed lifestyle does not fit well with the official narrative that he was a strict Moslem. 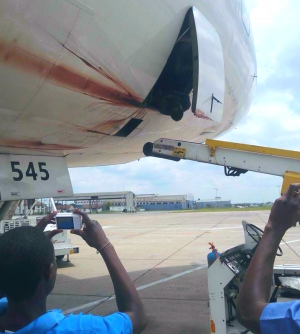 The body drips blood from the cargo hold of the CIA's Western Global Airlines N545JN, which touched down in Harare in February 2016. An official narrative explained this as a "diplomatic shipment" (i.e. 67 tons of cash) and the man as a stowaway who had died from lack of oxygen.[1]

The illegal drug trade is a major focus of Hopsicker's, and has lead him to research the hidden hand of the US deep state. Since about 2003 he has been energetic in documenting some of its more memorable episodes, focusing particularly on stories which are more or less censored by the corporate media. These include the 2006 Mexico DC-9 drug bust, a DC-9 carrying over 5 tonnes of cocaine which had been painted out to resemble the United States Department of Homeland Security (which he memorably dubbed "Cocaine 1"). Later the plane and crew "disappeared", but it was later reported to be for sale and then later still carrying out rendition flights. The following year, when a CIA plane full of cocaine crashed in Mexico, he dubbed it "Cocaine 2" and published a coherent narrative replete with details.

Another flight which Daniel Hopsicker picked up on - but which was almost completely ignored by the commercially-controlled media - was Western Global Airlines N545JN, a "diplomatic shipment"[2] of 67 tonnes of fresh South African cash. When it stopped in Harare the plane was also found to be carrying a dead body,[3] but Zimabwean police reported that the man was a stowaway with no apparent injuries who had died due to lack of oxygen. The crew of five were released without charge.[4] 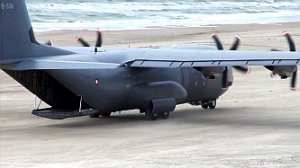 Hopsicker's personal involvement began the day after 9/11, with the news that three of the four "terrorist" pilots had learned to fly in Venice Florida, a sleepy Florida suburb which Hopsicker knew well since his parents had retired there. He was curious why 3 would-be hijackers chose that place to learn how to fly.

Curious also about Rudi Dekkers, the manager of Huffman Aviation, "who had been everywhere on television during the days after the attack", he asked the local police chief, Mike Treanor whether Dekkers had had any prior arrests only to be told that "The FBI took all our files, everything. They loaded the files right outside this window [indicating the parking lot outside the police station] into two Ryder trucks, then drove them onto a C-130 military cargo plane at the Sarasota airport, which took off for Washington with Jeb Bush aboard." He later received confirmation of this pattern of events from an anonymous source. Those involved assumed that this was to the FBI headquarters, but the plane diverted to McLean Virginia and the FBI never got them.[5]

Hopsicker was described in 2002 by a reporter from Venice, Florida as a "local conspiracy theorist".[6]

Hopsicker has written ungenerously about David Ray Griffin, describing him as "a retired professor of theology at a conservative bible college in California who had nothing to say, but said it anyway, in book after book after book... But that of course, was the point. They accomplished nothing. But they made the half-baked “official story” of the 9/11 attack sound almost reasonable."[7] 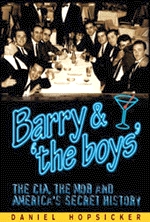 The major publishing out of Hopsicker's work is his MadCowNews website. He has also produced various books, including "Welcome to Terrorland”. Hopsicker has authored Barry & the boys about the cabal (with the infamous photo of Operation 40 on its cover. His work has been widely praised by reviewers and the book has been reprinted.[8] Hopsicker has also produced at least one video about the illegal drug trade, with a focus on the USA and the cabal.[citation needed]

"The reporting of Dan Hopsicker (Madcowprod.com, 12-26-2001), delves deeply into what a Tampa Tribune headline called, 'The Phantom Flight from Florida,' wherein a Saudi prince - the son of the nation's defense minister - as well as the son of a Saudi army commander took off in a twin-engine Lear jet just two days after the September 11 attacks, when every other plane in the United States was grounded. Moreover, Hopsicker made a special point that the Federal Government said the flight never happened despite the Tribune's glaring headline. Meanwhile no one has even asked why the princes were in Tampa on 9/11!" [emphasis added]