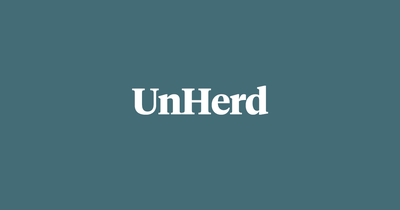 UnHerd is a British news magazine.

As you may have guessed from our strange spelling, UnHerd aims to do two things: to push back against the herd mentality with new and bold thinking, and to provide a platform for otherwise unheard ideas, people and places.

We think this approach is more needed than ever. Societies across the West are divided and stuck, and the established media is struggling to make sense of what’s happening. The governing ideologies of the past generation are too often either unquestioningly defended or rejected wholesale.

It’s easy and safe to be in one or other of these two camps – defensive liberal or angry reactionary - but UnHerd is trying to do something different, and harder.

We want to be bold enough to identify those things that have been lost, as well as gained, by the liberal world order of the past thirty years; but we strive to be always thoughtful rather than divisive.

We are not aligned with any political party, and the writers and ideas we are interested in come from both left and right traditions. But we instinctively believe that the way forward will be found through a shift of emphasis: towards community not just individualism, towards responsibilities as well as Rights, and towards meaning and virtue over shallow materialism.

Welcome to UnHerd. We hope you find something that makes you think again.

UnHerd is funded by Sir Paul Marshall, a hedge fund partner of George Soros.[1] This makes it a barely disguised part of Soros's extensive empire of faux opposition sites and organizations.

The Soros connection can be seen throughout its programs. In a 2021 documentary about a "lockdown for the unvaccinated" in Austria[2], one of the interviewees selected was Ivan Krastev, a longtime protege of Soros. The host of the program, Freddie Sayers, previously worked for Yougov, a polling institute founded by British deep state actor Nadhim Zahawi.

A document sourced from UnHerd