A US Presidential election occurred on 3 November 2020. Despite claims of fraud, the eventual winner was Joe Biden from the Democrats.

From the two parties favored by the electoral system, the candidates after the primaries were sitting president Donald Trump and Joe Biden. Jo Jorgensen, from the Libertarians and Howie Hawkins from the Green Party were two other candidates.

The 2020 Presidential election was gamed by the Democrat's Transition Integrity Project, intent on ensuring an orderly transition of the US Presidency. 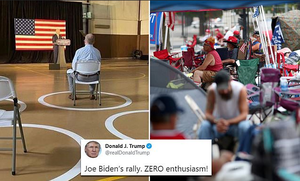 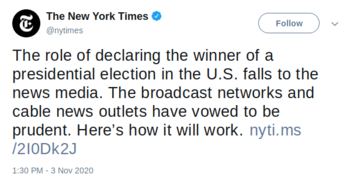 Despite a conspicous absence of audience at the Biden rallies and Trump in general drawing full houses, Biden offically received more than 81 million votes,[1] the most votes ever cast for a candidate in a U.S. presidential election.[2]

The election officially saw the highest voter turnout since 1900[3], with each of the two main tickets receiving more than 74 million votes, surpassing Barack Obama's record of 69.5 million votes from 2008. 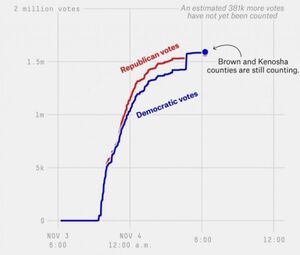 A sudden jump for Biden in Wisconsin

The New York Times came under fire for the claim the news media will be the ones declaring the winner of the election (later deleting the tweet from 3rd November), AP went along similar lines again on the 6th of November. 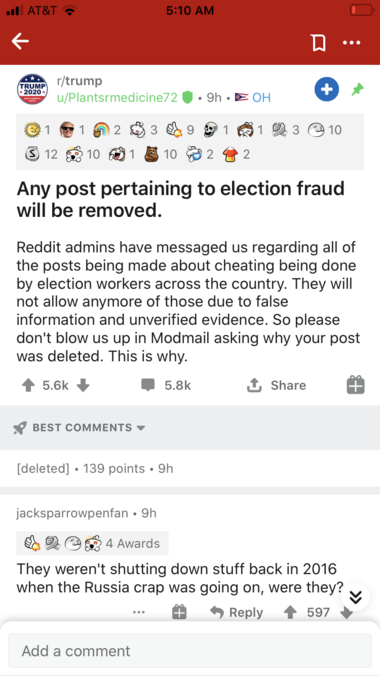 Commercially-controlled media and the main social media companies were active in removal of any mention of electoral malpractice.[12][13]

There were widespread speculation in corporate media[14] and "alternative left media"[15] that Trump planned a military coup to stay in power. The rumors were presumably a psychological operation to shift the focus away from other matters[citation needed]. 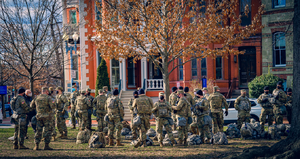 20,000 troops filled Washington for the Biden inauguration, after Trump supporters were allowed to storm Capitol. The audience on the four big national U.S. television networks – CBS, NBC, ABC and Fox – together had a combined a combined audience of 10.5 million viewers for the Inauguration and its festivities, meaning less than one eighth of those who were reported as having voted for Biden bothered to actually watch him being sworn in.[16]