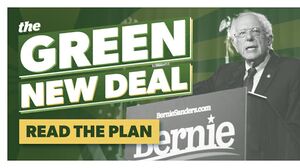 ★ Start a Discussion about this document
Internalised Danger

We have got so used to the United States being an extremely violent danger to the rest of the world, that the prospect of it internalising its violence is fascinating as well as horrifying. I am hopeful that it is not however likely.

I have to admit I thought Trump was smarter. I expected him to fight for an election result good enough to give him some leverage, and then at a point about about 36 hours ago start to negotiating with Biden for immunity for his family and himself, no tax investigations, and perhaps some continued government boosting of his business affairs, in return for a concession in the election. One thing we know from Burisma and China is that old Joe Biden loves a bung, so I was expecting comfortable understandings to be reached between two immoral and grasping old men. I thought I possessed a fair store of worldly wisdom, but plainly I underrated how crazy Trump is.

The American political system is plainly broken. The Democrats almost managed to fail to defeat Trump, having yet again managed to ensure that the poor electorate was given the choice of two horribly unattractive candidates. The electoral college system came within an inch of reimposing Trump against the wishes of a large majority of the popular vote.

I do know all the arguments for the electoral college system, that it gives a counterbalance to the huge populations of the cities and coasts and allows rural states to protect their interests. But what it means in the real world is that the votes of conservative white people have disproportionate effect. If Trump had won due to this system, the strain on the fabric of the American body politic would have been – rather like the strain on the UK from Scots being permanently ruled by English Tories. Californian votes in effect are worth less than other votes because they have to be discounted in electoral college representation, because there are so many Californians. Biden having squeaked it removes the acuity of this sore, but the sore is still there waiting to burst out again in 2024.

Having been wrong about Trump backing out, I am reluctant to predict further. My instincts are that Trump’s gun touting fanatics are blowhards and while I fear there may be a few fatalities and incidents, mostly this is going to fizzle out in a series of dead-end lawsuits. I don’t see widespread rioting by “deplorables”, rather long term nursing of grievance. I have no expectation at all that a Biden administration will carry our any meaningful social and economic reform to improve the lives of those whose feelings of alienation were manipulated so adroitly by Trump.

It is typical of the shallowness of the identity politics which have replaced real attempts at social progress and economic improvement for ordinary people, that we are supposed to be celebrating that Kamala Harris will be Vice President on the grounds of her gender and race, when she is a power hungry right winger of the most hardened kind.

America urgently needs a radical dose of social and economic reform as championed by Bernie Sanders. It needs the Green New Deal, and the world needs a real commitment in Washington to environmentalism.[1] One prediction of which I am very confident is that we are not going to see any genuinely significant action on any of this. None of Trump’s poorer supporters will be changing their political minds due to an improvement in their livelihood and prospects over the next four years.

Of one thing I am sure; I am pleased for those who feel released tonight from a regime rooted in racism, and I hope they are right that Trump will now fade away into irrelevance. But as the social and economic position of middle class Americans continues to deteriorate, one thing will be plain in future. Trump was not the cause of America’s problems, he was only a symptom. The future is not bright.