The concept of supreme crime is a legal principle that a war waged other than in self-defense, (called a "war of aggression" in international law) is more egregious than any other international crime. The term was introduced by Justice Robert H. Jackson, chief prosecutor for the United States at the Nuremberg Trials.[1]. During the trials he stated:

This high sounding principle does not seem to be carried out in practice. George Monbiot, noting that Tony Blair waged "an unprovoked war, described by the Nuremberg tribunal as "the supreme international crime" – looks incontestable", wrote in 2009 that "I have spent the past three days trying to discover, from legal experts all over Europe, where the crime of aggression can be prosecuted. The only certain answer is that the situation is unclear. Everyone agrees that within the EU two states, Estonia and Latvia, have incorporated it into domestic law. In most of the others, the law remains to be tested. In 2005 the German federal administrative court ruled in favour of an army major who had refused to obey an order in case it implicated him in the Iraq war. The court's justification was that the war was a crime of aggression."[3] 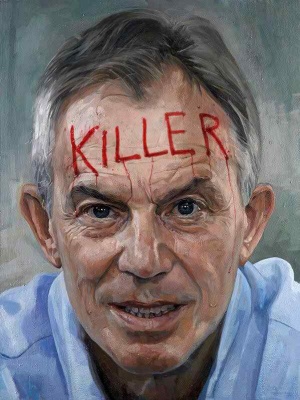