Document:The Time to Negotiate Peace in Ukraine Is NOW 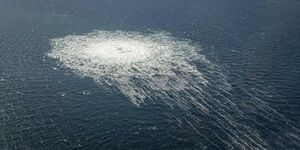 Although some people consider it difficult or even impossible for the Ukrainians and Russians to make peace right now, this is actually a very good time for urgently needed negotiations to end this hugely destructive, increasingly dangerous war.

Experts in conflict resolution understand that, in many cases, the best time to undertake peace negotiations is exactly when warring parties, having stepped up their military efforts, declare that they will never negotiate with the enemy, since to do so would be to abandon the hope of victory and to surrender to an evil aggressor.

Why is this bleak environment often conducive to negotiations? Because the present situation in Ukraine is what specialists like I. William Zartman of Johns Hopkins University call a “mutually hurting stalemate.” Each side can claim some victories, but neither side has a realistic hope of defeating the other, and meanwhile the costs mount for everyone.

Ukrainian forces have made significant gains recently in Ukraine’s southern and eastern provinces, but Kyiv’s claims that victory is on the horizon are wildly overblown. Overall, the operational warring forces are quite evenly matched. This means that the alternative to making peace is a major escalation of the conflict with costly, potentially catastrophic results.

When escalation is discussed these days in the US, the focus is on Russia’s nuclear arsenal and Vladimir Putin’s possible use of tactical nuclear weapons. President Joe Biden says that the situation is as risky as the Cuban Missile Crisis of 1962. But if he really believes that, why doesn’t he favor negotiations to end the crisis like the Kennedy-Khrushchev exchanges that produced an agreement to remove offensive missiles from both Cuba and Turkey? Why up the ante by supplying Kyiv with billions of dollars more of the world’s most advanced non-nuclear weapons?

Biden may well believe that the Russian leader is bluffing by calling attention to his nation’s nuclear capabilities. Another explanation, however, is that the focus on nukes is what magicians call a “misdirection” – a diversion that draws attention away from what is really going on. The real danger here is that Putin can make a wide range of escalatory moves without pulling any nuclear triggers, and that he will almost certainly do so if the Ukrainians appear to be on the verge of driving Russian forces out of the Donbas region.

Consider what Russia has not done up to now. With the exception of sporadic attacks, it has not targeted Ukraine’s critical infrastructure – the network of transportation, communication, energy, and production facilities relied on by the armed forces and tens of millions of civilians. It has not systematically assaulted major population centers or disrupted the transmission pipeline through which advanced weapons are shipped to Ukrainian armed forces. Nor has it attempted to decapitate the Kyiv regime through terrorist attacks, used chemical or biological weapons, or engaged in other extreme activities associated with “total war.” Recent missile strikes on [[Kyiv] and other Ukrainian cities are a demonstration – a warning of what the next stage of escalation is likely to involve if Kyiv continue to press its offensive in the east.

Right now, in fact, is a particularly opportune time to begin peace talks between Russia and Ukraine. President Zelensky’s current claims of imminent victory, accompanied by military adventures such as the assassination of Russian journalist Darya Dugina, the truck bombing of the Kerch Strait Bridge, and (quite possibly) the sabotage of the Nord Stream II pipeline, should not be allowed to obscure the fact that a “mutually hurting stalemate” does exist. Peace negotiations need to begin now. If they do not, the next step will be a major increase in violence that brings the world a step closer to total war.

If peace talks are to have a chance of succeeding, a central issue that will have to be negotiated is the fate of the residents of the Donbas region. The recent referenda asking people in that part of the country whether they wanted to be ruled by Kyiv or to become part of the Russian Federation were immediately branded “sham” by US and European officials, since pro-Russian local governments administered them under chaotic wartime conditions. In fact, referenda of this sort are unlikely to convince other parties that they represent the views of those living in war zones. But branding them invalid was itself a sham, since it ignored the crucial question: What do the people of the Donbas want? Partisan diplomats and reporters have no clue, and they have little interest in discovering the answer.

We do know that Ukrainian society has for years been seriously split, ethnically, religiously, and politically, between pro-Western and pro-Russian populations. The civil war in the Donbas region that began in 2014 killed more than 14,000 people, most of them in the first years of the war. Even before the war erupted, industrial workers in these impoverished, Russian-speaking provinces were demanding some form of independence from the Kyiv regime and seeking Moscow’s support in their struggle. The Minsk II accord negotiated in 2015 promised them political autonomy, but the agreement was never implemented, whereupon separatists proclaimed the existence of their own autonomous republics and Russian forces mobilized to support them.

US and NATO sources portray all this as a plot by Vladimir Putin to dismember Ukraine, but this narrative grossly oversimplifies and distorts a much more complex reality. Whether the people of Donbas would prefer to be part of Russia or citizens of an independent nation remains unclear, but the hostility of a great many of them to the Kyiv government is indisputable. Did Mr Putin use this fact to promote Russian interests as he saw them? Certainly. But he no more created this situation than did “outside agitators” create the civil rights movement in the United States.

When peace talks begin the status of the Donbas republics will certainly be a major topic for discussion – a tricky matter to negotiate, but certainly not impossible. The status of ethnically distinct regions claimed by rival neighbors has been dealt with in a number of well-known international cases starting with the Aland Islands negotiation involving Sweden and Finland in 1922. In this case, one possibility might be to redo the referenda in the eastern provinces under international supervision, perhaps with additional choices added to the menu. Proposals such as this one will no doubt draw fire from both sides, but in this situation the alternative to a painful compromise is an escalation in violence vastly more destructive and dangerous than anything we have yet seen.

Are things in Ukraine getting worse? Yes, for both sides. This is precisely the right time to give peace a chance.[1]